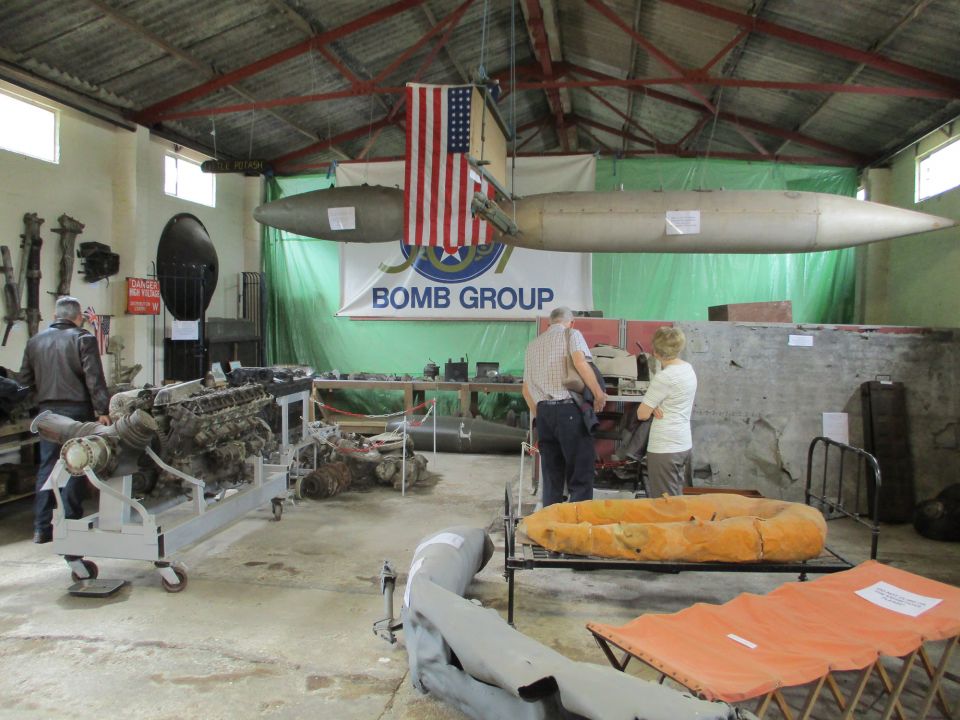 Interesting exhibit of old photographs and artefacts housed in part of an old WW2 building that was used as a chapel and gym. It features an original painting of Christ on the cross as the altar backdrop and the remains of a map of Europe painted on the wall of the pastor’s room.

This exhibition is a commemoration of the contribution made during WWII by the 389th Heavy Bombardment Group 2nd Air Division of the American Airforce. It is housed in the original Chapel/Gymnasium building which is the only major building from the camp area of Hethel Airfield (Station 114) to remain. We now also have 2 recently reconstructed Nissen Huts which have extended our display space and added facilities for visitors.

The building features an original wall painting of Christ on the cross in the chapel and of a map of Europe in the Chaplin’s quarters next door. The exhibits include memorabilia, uniforms, decorations, combat records, photographs, etc. many items donated by Veterans or their families. We also have a some exhibits relating to the RAF in WW2 and some more modern exhibits relating to military history in general.

The exhibition is a registered charity (No. 1089013) and is run and maintained by a small group of volunteers. Admission is free but donations are gratefully received to help with running and maintenance of the exhibition. We are also currently raising funds to equip the newly reconstructed Nissen Huts with display cabinets.

Although this exhibition is about WW2 history, to commemorate the 100th anniversary of The Great War, we have a small exhibit relating to some local heros from that conflict.

Directions: From the A11 Wymondham by-pass take the exit signed Mulbarton and Lotus Cars. Following the Lotus Cars signs turn into Potash Lane and continue past the Lotus entrance to the end of the Lane. There is a farm entrance on the right; go through gate and follow the old airfield road until the end of the woods. Turn right at end of woods to reach the Exhibition.