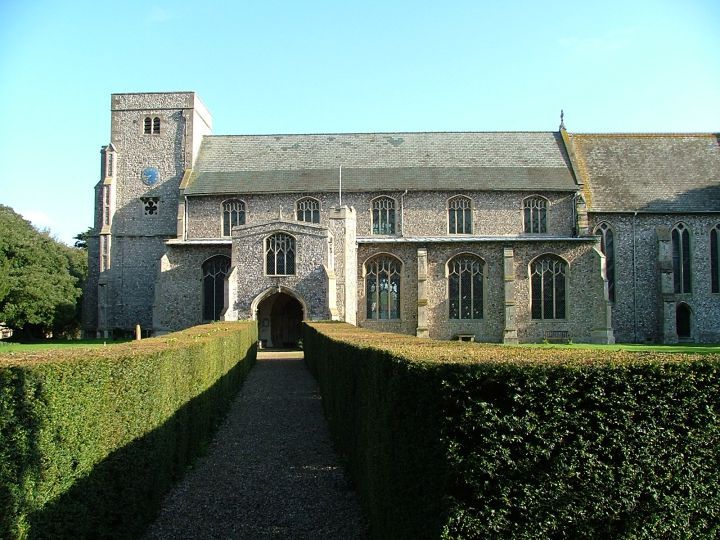 Started in Norman times, but building of the Church came to a halt in 1348 with the scourge of the Black Death. The Church, however, was added to through the centuries and much restoration has taken place.

Despite extensive restoration, the exterior of the church, with the exception of the tower, is of very similar appearance to that shown in the engraving – by J.B. Ladbrooke in 1820 – on the left. The tower, started in 1633, was left unfinished because, after the Great Fire of London in 1666, the masons departed to rebuild London. It was not to be completed until 1935 when it was built to commemorate King George V’s Silver Jubilee.

Thornham Church was started in Norman times, but building came to an abrupt stop in 1348 with the scourge of the Black Death.(It is thought that the spinney named Plug Pits in Granary Road, Thornham is the former burial ground called Plague Pits.)

The Church, like so many, was added to through the centuries and much restoration took place. By the middle of the nineteenth century, however, the church had become extremely dilapidated. Major works of restoration continued for 50 years in that century. The bell was re-hung in the tower, the chancel was completely rebuilt and the roof of the nave was restored.