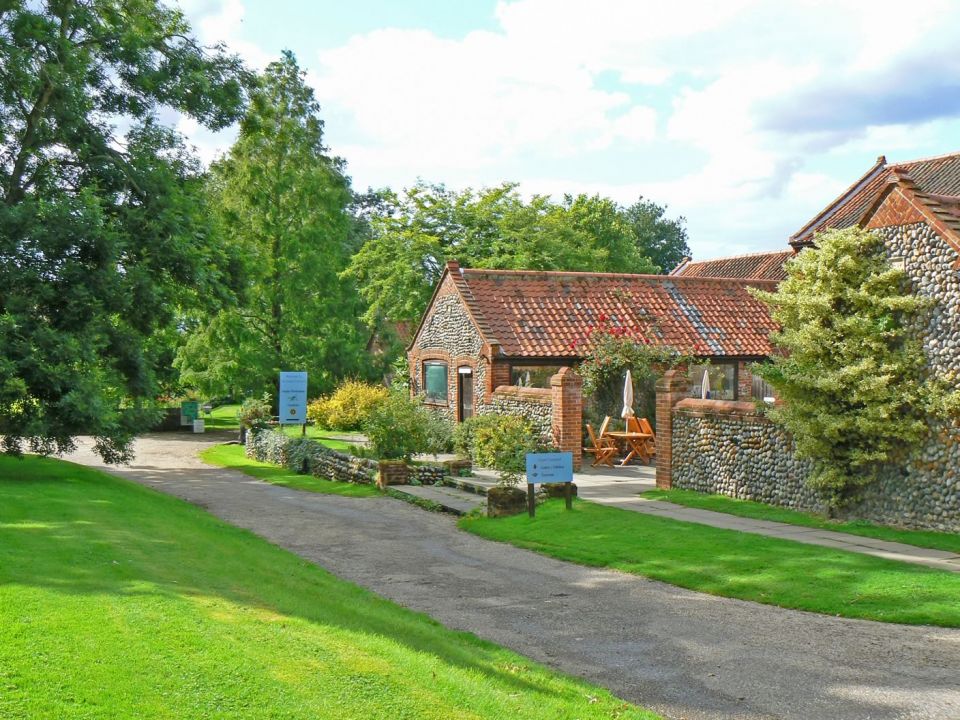 Alby Craft Centre comprises a set of traditional North Norfolk farm buildings, called Grove Farm, built in 1850 by William Howe Windham of Felbrigg Hall (now a National Trust property). The Windhams owned a large estate centred on Felbrigg and W.H. Windham carried out extensive modernisation of his tenanted farms of which Grove Farm was one. The farmhouse and the barns are built from red brick and flint, the traditional building materials for this area.

John Alston, who already owned the next door farm, bought Grove Farm in 1959 with sitting tenants. These tenants retired in 1972 and the land from the two farms was amalgamated. The outbuildings, however, were in a poor state and their shape and size made them unfit for modern agriculture.

A decision had to be made: either find a use for the buildings or knock them down. John and Valerie Alston considered all the possibilities but eventually decided to convert the buildings into a craft centre. They spent two years travelling throughout the UK and Ireland looking at other centres to learn about the financial implications and potential problems of the project. They spent another two years renovating and converting. At that time it was difficult to find a man locally who could work with flint but eventually they found one and employed him for the full two years to complete the job.

In the beginning Valerie and John ran the Tea Room, the Gallery, the Gift Shop and another shop called the ‘Honey Pot’ themselves. The individual workshops were soon all let and the centre was in business.

As the years passed Valerie and John gradually stepped back until all the shops, workshops and the tea room were individually run, allowing them to concentrate on developing the gardens.

Sadly John died in 2013. Valerie continues to manage the gardens with a team of gardeners while their sons have continued to support a new generation of artists, craftsmen and shopkeepers.

An art gallery containing works by local artists such as Keith Nash and Micheal Sanders. Also Mitch House’s own sculptures are also on display. Courses are run three times a week for beginners through to experienced artists.