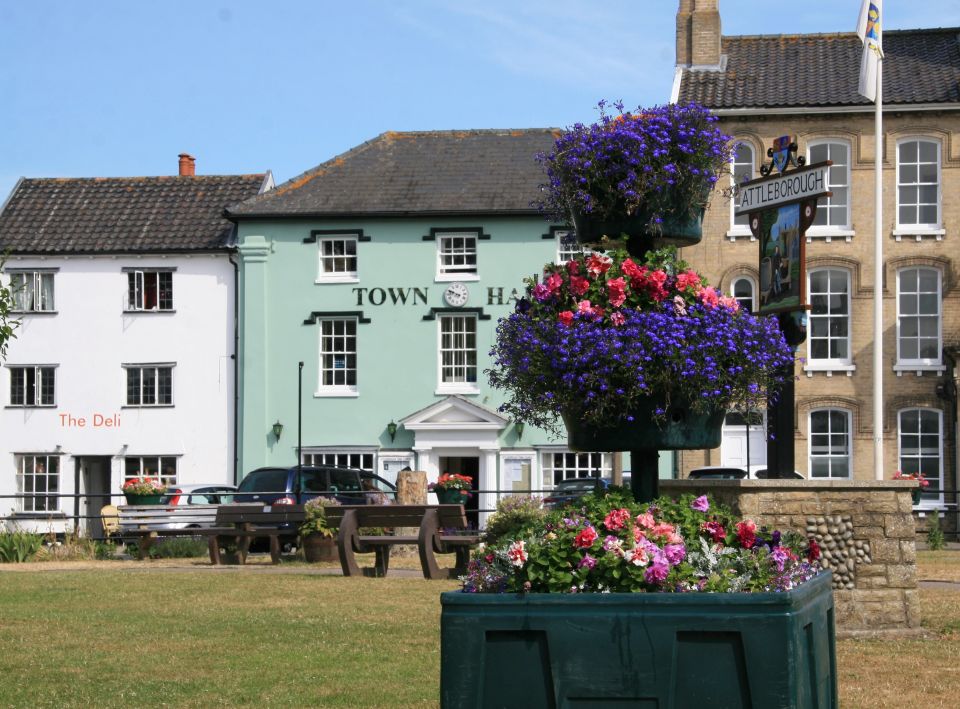 Pleasant market town, with an attractive green. It has been noted for its cider making and turkeys (both depicted on the town sign) – the latter which used to make the journey to the London markets on foot. The church has a Norman tower and early wall paintings. Close by is the famous Snetterton motor-racing circuit.

The Anglo-Saxon foundation of the settlement is unrecorded. A popular theory of the town’s origin makes it a foundation of an Atlinge, and certainly burgh (or burh) indicates that it was fortified at an early date. According to the mid-twelfth-century hagiographer of Saint Edmund, Galfridus de Fontibus, Athla was the founder of the Ancient and royal town of Attleborough in Norfolk. In the Domesday survey launched in 1085 it is referred to as Attleburc.