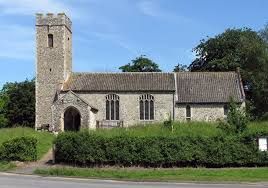 Attlebridge is a village and civil parish in the English county of Norfolk. It is situated about 8 miles (13 km) north-west of Norwich, where the A1067 crosses the River Wensum.

he village is named after Ætla and the nearby bridge he is credited with constructing.[4] Between the 1880s and 1950s the settlement had its own Attlebridge railway station offering direct trains to Norwich and Kings Lynn. It was eventually closed as a cost-cutting measure by British Rail.

During World War II a nearby airfield, designated RAF Attlebridge, was used as an airfield for launching Allied aircraft missions against Axis targets in Europe