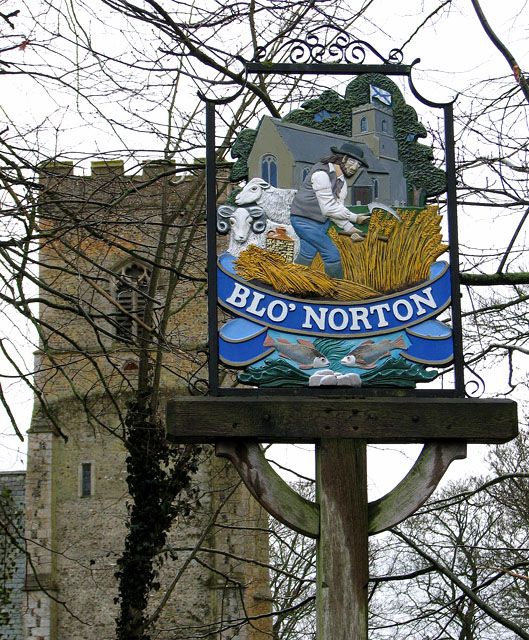 Blo’ Norton is a village and civil parish in the Breckland district of Norfolk, England, on the River Little Ouse, about 6 ¹⁄₂ miles west of Diss.

Blo’ Norton’s unusual placename is reputedly derived from ‘Blae’, itself derived from Old English and Old Norse words meaning both ‘cold’ and ‘blue’. The ‘blue’ could refer to the woad plant that grows in wetter areas and is a source of traditional blue dye. ‘Norton’ is a settlement on the north side of the river.The first record of ‘Blo’ added to the name is in 1291, which in Middle English may have meant ‘bleak and cold or exposed’ or it may have derived from ‘blae’ meaning blue, perhaps from the growth of the woad plants from which a blue dye can be obtained.[2]