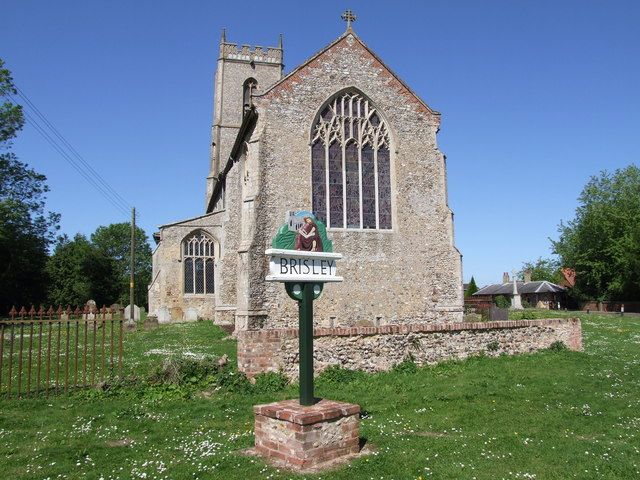 Brisley is a village in the English county of Norfolk located about halfway between Fakenham and East Dereham.

Brisley is a small parish situated in the North West of the County of Norfolk, England. The village is equidistant between the towns of Fakenham to the north and Dereham to the south. The census of 2011 states that the population at that time was 286.

The medieval church of St Bartholmew sits firmly in the centre of the village now, as it has done so since the Middle Ages. The village is flanked by 2 Greens, one to the north and the other to the south, combined these Greens make up one of the largest surviving grazing commons in Norfolk.