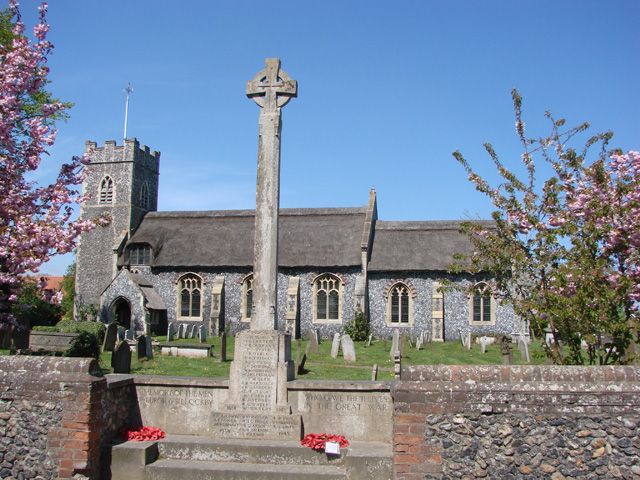 Burgh St Margaret (Fleggburgh) lies on the B1064 between Acle and Caister, east of Norwich, Norfolk, England. This road was the main route connecting Acle and places west to Great Yarmouth before the Acle Straight was opened as a toll road in 1831.

The village has had what can only be called an identity problem for at least 250 years! There is no doubt that ‘Fleggburgh’ has become the accepted form these days, but it was also used from at least the 18th century (often as two words – Flegg Burgh). Official documents (Court Rolls, Tithe maps, Electoral Registers, Land Tax returns etc) seemed to favour Burgh or Burgh St Margaret. It is thought that Burgh was the original name of the village, along with other instances in Norfolk. This was no problem when communications were poor but when advances came, it became necessary to identify between Burgh St Margaret, Burgh next Aylsham and Burgh St Peter (and perhaps others), therefore Burgh St Margaret became a more acceptable usage.

To complicate matters, the parish is sometimes referred to as
‘Burgh St Margaret and St Mary’. St Mary’s church has been a ruin since about the 16th century, when the two parishes combined