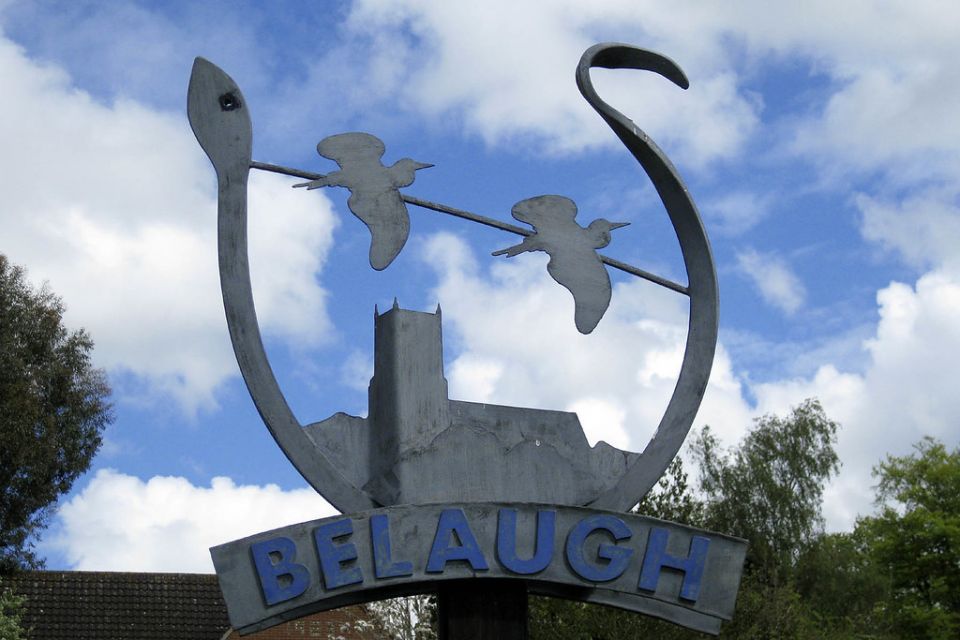 Bylaugh is a civil parish in Norfolk, England 4.5 miles north-east of East Dereham and 13.5 miles WNW of Norwich. For the purposes of local government it falls within the Upper Wensum Ward of Breckland District Council and the Elmham and Mattishall Division of Norfolk County Council.

This smaller than average parish has three farms and is bounded to the south by the River Wensum. The rest of its people have smallholdings, live in the distant row of three cottages or live in homes in the Bylaugh Hall grounds. Its shape, due to the river bends immediately south, resembles a molar (tooth). Approximately one sixth of Bylaugh is made up of its northern woodland, Bylaugh Wood, which adjoins Bawdeswell Heath, separated by the road between that village and Dereham, the nearest main town. Elevations range from 47 m in the grounds of Bylaugh Hall at its centre, to 22 m above mean sea level in the southwest corner, just above Elsing mill. Like much of north Norfolk, the parish has a significant minority of woodland, its other named (and largest) woods being the Elsing Lodge/Jubilee Plantation and Sparhamhole Plantation.