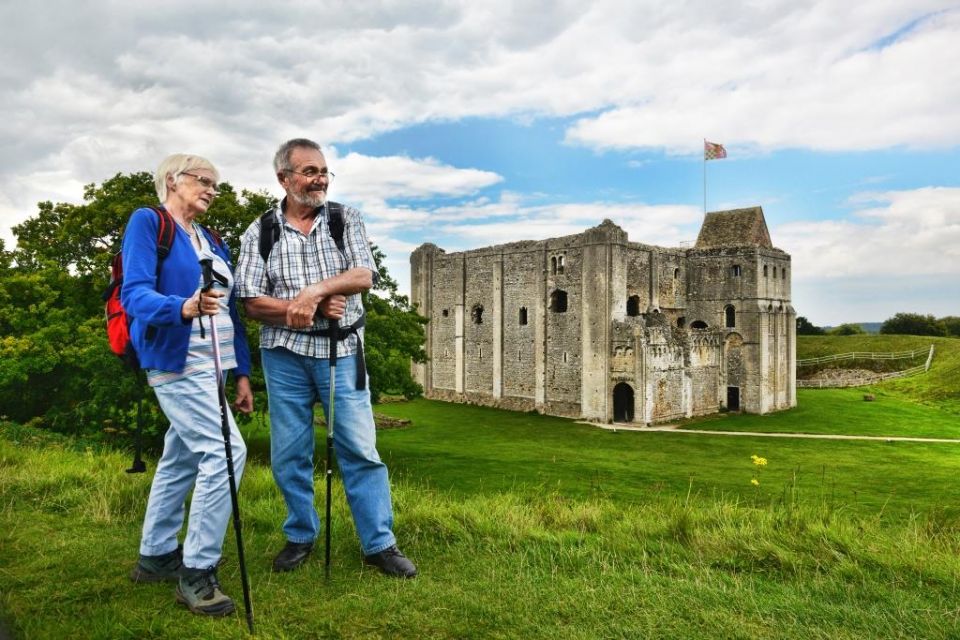 The village of Castle Rising, 5 miles north east of King’s Lynn, was mentioned in the Domesday Book of 1066, when it was owned by Odo, Bishop of Bayeux, the half-brother of William the Conqueror.

The village of Castle Rising, 5 miles north east of King’s Lynn, was mentioned in the Domesday Book of 1066, when it was owned by Odo, Bishop of Bayeux, the half-brother of William the Conqueror.

This lovely old village, part of the great Sandringham estate is dominated by the magnificent remains of 12th century Castle Rising. One of the finest and most elaborately decorated castle keeps in Norman England, Castle Rising was begun in 1138 by William ‘Albini and surrounded by 20 acres of elaborate earthwork defences. D’Albini built the fortress for his wife, the widow of Henry I, but it is most closely associated with another queen, Isabella, widow of Edward II. In 1332 Isabella was sent to into exile by her son, Edward III, after he took the throne in his own name and deposed Isabella and her lover, Roger Mortimer. Isabella died at Castle Rising in 1358, after 26 years in exile. This amazing castle is open to visitors throughout the year (Wednesday – Sunday during winter) and also host historical re-enactments.
Also in the village, the parish church of St Laurence was built by William d’Albini II dates to the Norman period, with much later restoration. The nave, west front, and base of the tower survive from that Norman church, whilst the chancel was rebuilt in in the 13th century. The church boasts a superb Norman font, and memorials to the Howard family of Castle Rising Castle.

One of the most interesting historic buildings in the village is Trinity Hospital, (also known as Bede House) a group of almshouses established by Henry Howard, Earl of Northampton in memory of his grandfather, the 3rd Duke of Norfolk in 1609. There is no admission to the interior, but you ca get a good look at the Hospital exterior.

The Black Horse Inn is at the heart of the village. Close to the Sandringham house the village is also located on the National Cycle Route 1.