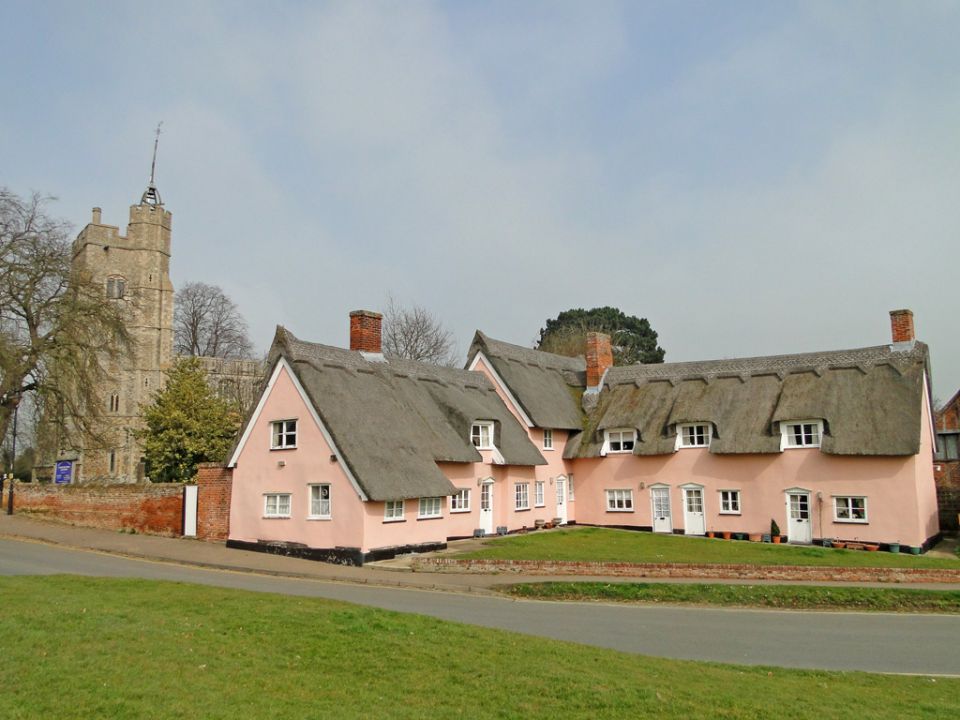 Cavendish is one of the prettiest villages in Suffolk. It is famous for its thatched cottages and picturesque green, set against a backdrop of the historic Saint Mary’s Church and the Five Bells free house. Overall, a quintessential English Village scene.

In 1843, a child’s burial urn was found in Cavendish, dating early habitation in the area to the Late Bronze Age (pre 750 BC). It was presented in 1851, by the then Rector of Cavendish, to the old Sudbury Museum who built a special frame to preserve the relic. However, by 1870 the museum was described as ‘much neglected’ and the urn was mislaid.
Another find in 1952 links Cavendish with the Late Iron Age. A small 4¼” high (10.8cm) pottery vessel was found in the river by a roach fisherman outside Cavendish Hall. The pot was dated to the time of dynastic wars between the Celtic tribes (circa 50 BC to AD 40). The expansion of the Catuvellauni from the west was at the expense of our local tribe, the Trinovantes.

The Roman invasion under Claudius Caesar (AD 43) restored control to the local Trinovantes in return for tributes, but as the Romans strengthened their hold on Britain, disquiet soon led to a full scale rebellion. The Trinovantes joined with their northerly neighbour, Queen Boudica of the Iceni, and marched against the Roman army. After several major victories for the Celts, the uprising was ended by the disastrous battle at Watling Street – although greatly outnumbered, the day was won by superior Roman strategy.

The network of military roads that allowed armies and trade to move around the country was augmented by a series of lesser roads that met the needs of the Roman colonists. One such road runs through Cavendish. This starts at Melford’s West Gate, occasionally runs along the line of the A1092 and passes the George. The road then crosses the Green and heads across the fields going north of Clare towards Wixoe (there is no clear trace on this stretch). From there you could easily get to Cambridge or even the northern fort of Chester.

Cavendish is situated in the south west corner of Suffolk, alongside the River Stour and the Essex border.

The village lies about seven miles from Sudbury on the A1092 between Long Melford and Clare.