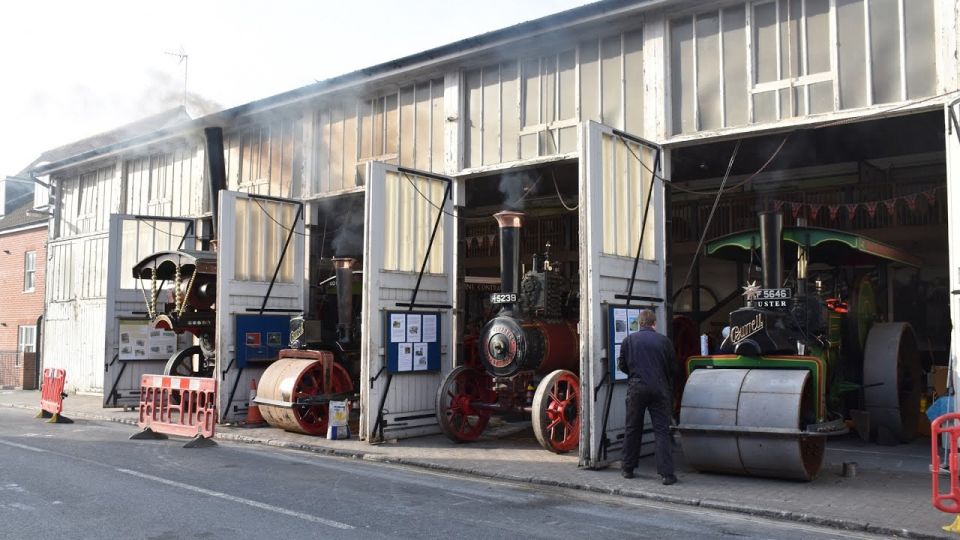 The Charles Burrell Museum opened in 1991 within the former Burrell, grade II listed, Paint Shop in Minstergate, Thetford. We are run by volunteers and funded through kind donations.

Charles Burrell Works 1890
Discover the history of Charles Burrell’s Works, founded in the late 18th Century in Thetford. Charles Burrell, was a renowned Industrialist during the golden age of engineering and agriculture. Learn about the family history, the people who worked there and the machinery produced – over 4000 steam and traction engines were built, up until the Works closed in 1928.

The era of steam power is captured through static and working exhibitions within the original Burrell Paint Shop, one of the three remaining Burrell factory buildings here in Minstergate, Thetford.

The museum is housed in the, grade 2 listed, former paint shop of Charles Burrell & Sons, builders of steam traction engines, agricultural machinery, steam lorries and steam tram engines. By 1875 Burrells were the largest manufacturers of traction engines in the world. We help tell the long story of how they were once Thetford’s main employer until the business closed in 1928.

We also currently have the Jones van, butcher’s delivery van owned by Lance-Corporal Jones in the BBC comedy series Dad’s Army, stationed at the museum, belonging to our great friends at The Dad’s Army museum, also here in Thetford.

The large exhibits are housed on the ground floor, together with a series ofre-created workshops with original tools and machinery. Up in the gallery, a series of photographs, letters and documents tell the story of the company and of the Burrell family.

By Road:
From Charles Burrell Museum the nearest major road is the A11.