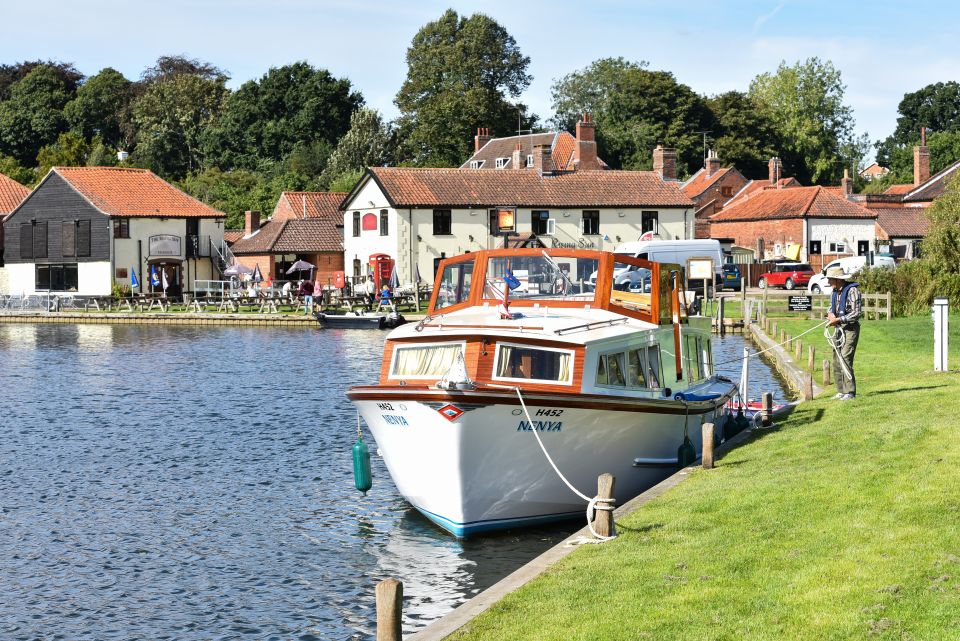 What’s it like?
This area was once busy with boats – the river was navigable as far as Horstead Mill and was canalized to Aylsham using locks. Coltishall Lock opened in 1779. Approaching it you’ll see the site of the lock keeper’s cottage and an old beech hedge.

What wildlife lives there?
The river and common are good for geese and ducks. Keep an eye out for a barn owl hunting over the meadows opposite the common. Near water, watch out for the electric blue of a kingfisher. Look out for grey wagtails by the mill pool; listen for skylarks in the meadows. Along the railway, you may see yellowhammers and jays.

What else is there to see?
Saint John the Baptist’s Church dates from 1284; the north wall contains red bricks from Roman ruins and two circular, Anglo-Saxon windows. Look out for Horstead Church and the ruins of St Theobald’s Church, Great Hautbois.

The Bure Valley Railway runs from Hoveton and Wroxham Station to Aylsham (other stops: Brampton and Buxton).

Did you know?
Coltishall was home to boat building from the early 1800s. Allen’s boatyard was in Anchor Street; the last trading wherry, Ella, was built here in 1912. Wherries were Broads cargo boats, with a shallow draft and a single huge sail. They carried goods like corn, coal and timber. Wherries which could navigate here were restricted by the size of the locks. Trade continued until the locks were wrecked by a flood on the 26 August 1912.