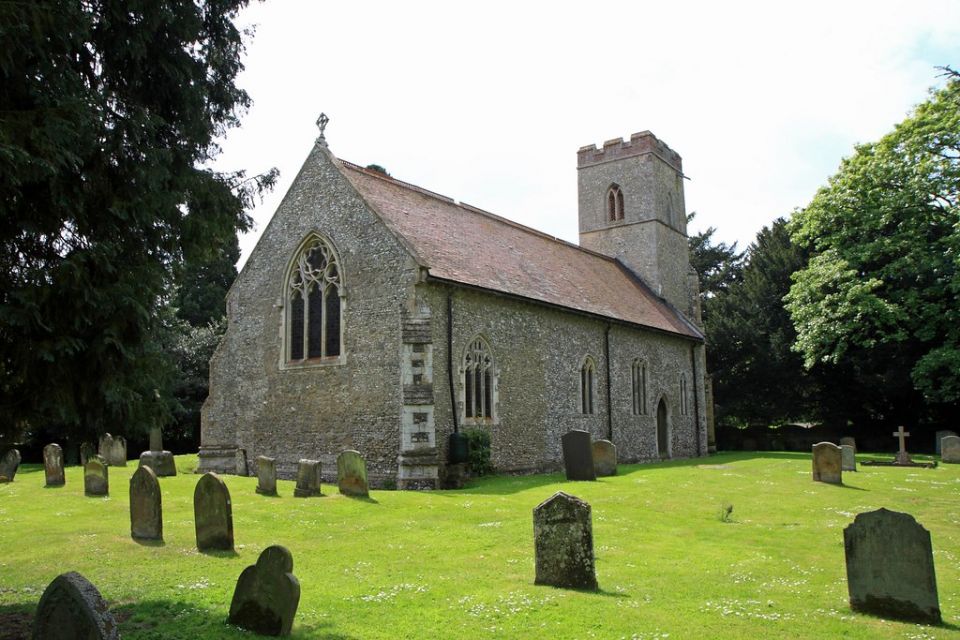 Congham is a village and civil parish in the English county of Norfolk. It is situated some 10 km east of the town of King’s Lynn and 55 km west of the city of Norwich.

There was a Roman Villa at Congham, and some painted plaster from it is preserved in King’s Lynn Museum. There were at one time three parish churches, St Mary’s, All Hallows’ and St Andrew’s, sited in a straight line. Only St Andrew’s now stands. One Rector was Edmund Nelson, first cousin of Admiral Lord Nelson’s father also called Edmund Nelson. The church dates to the 13th century but was much restored in the 19th century.

The river Cong rises close to the village at Pond Farm. It is a tributary of the river Babingley. Congham is the venue for the World Snail Racing Championships.