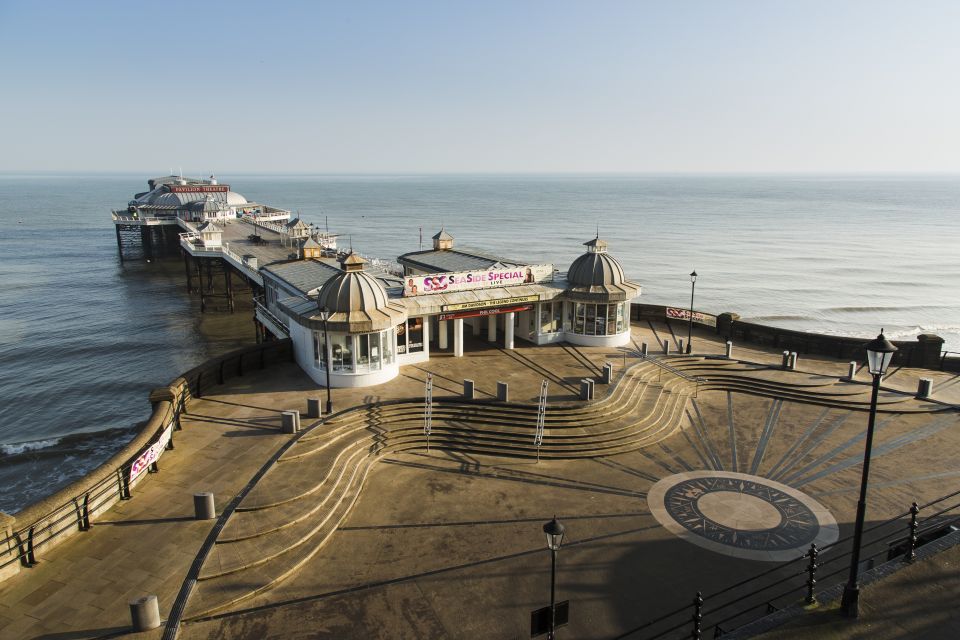 Home to the “The Cromer Pier Show” famously known as the ‘Seaside Special’ the celebrated only ‘End of the Pier’ show of its kind in the World. The Theatre also hosts over 50 one night concerts and shows throughout the year.

The Celebrated Only End Of Pier Show In The World! Our Pavilion Theatre is now the only Theatre at the end of a Pier that produces an in-house show every summer and Christmas season. The Cromer Pier Show is one of the few true live variety shows in Britain, showcasing live variety acts at their best. Our Theatre has 500 traditional seats making for an intimate experience but drawing quality acts who always enjoy returning to the stage here. Our shows provide you with an eclectic blend of great pop music, breath taking West End ballads, speciality acts and humour from top comedians. In our 40 year history, we’ve had many now familiar names developing their careers here, including Bradley Walsh and Steve Hewlett, the hilarious and fabulously entertaining ventriloquist, who made it to the finals on Britain’s Got Talent 2013. The Cromer Pier Show is nationally famous as an “incubator” for true, quality talent for dancers, singers, actors, magicians, comedians and other variety acts so, by coming to one of our shows, you could be seeing the stars of the future…
Production values are extremely high. Just one of our 22 intelligent lights that can change colour, move and show up different shapes cost an eye watering £14,000. If you saw the incredible contemporary ballet in Show 1 this summer, this was achieved by, new for this season, lights that can project two images at once and have a RGB LED wash light built in. They cost an incredible £22,000 each. Our summer show season typically includes over 150 costumes, 48 pairs of shoes, 40 pairs of tights, 33 hats, 31 fascinators and 24 petticoats, all made by just two people! The record for the quickest costume change took just 17 seconds! We also use 100KGs of glitter and 220 metres of LED lighting on stage sets which will, on average take a scenic artist a staggering 90 hours to hand paint. We celebrated our 40th anniversary last year in style with a record breaking year. The Show enjoyed rave reviews from our audiences and the press, hailing it as the best ever. Don’t just take our word for it though, you can read all about it on our Trip Advisor page. The 2018 show is on sale now with lots more variety magic moments and memories to be made.

The Victorian Pier owned and maintained by North Norfolk District Council is a long-standing historical icon for the North Norfolk Coast. Since 1901 it’s been enjoyed, on a daily basis, by locals and holidaymakers alike, who enjoy the panoramic views, the changing seasons and, of course, the destination for some serious crabbing activities!

The lack of modern amusements on the Pier creates a tranquil ambience not easily found in other coastal resort and we were very proud to be awarded National Piers Society ‘Pier of the Year’ in 2015.

Past events on the Pier include the celebration of the Diamond Jubilee and the hosting of the 2012 Olympic torch. The Pier has featured as a location for the films “Alan Partridge – Alpha Papa” and “In love with Alma Cogan”. The Pier has also featured in the television programmes “Location Location Location” and “Most Haunted”. At the end of each year thousands of locals and tourists flock to see the New Year’s Day fireworks display on the Pier.