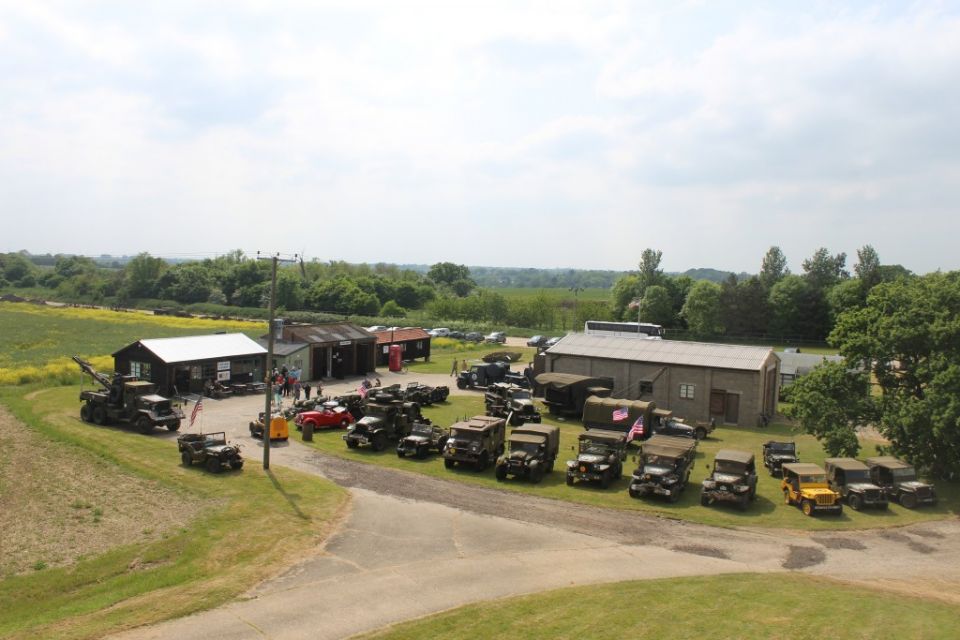 Debach Airfield was home to 493rd Heavy Bomber Group, USAAF, from 1944 to 1945. In total 157 missions were flown from Debach. After the US forces left the airfield was used first as a P.O.W. camp and then for displaced persons before being abandoned in about 1948. It then passed back to agricultural use and to commercial use.

Much of the concrete runways and taxi-ways were taken up, and crushed to use for road building, and the land reclaimed to be used for agricultural crops. Many of the buildings on the former Technical site fell down and some have now been restored. Others were built on the old sites and on the site of the T2 Hangar which is now a farm grain store. The control tower has been vandalized over the past years and it is our intention to restore this building to be used as a museum to the 493rd Bomb Group.

Leave A12 travel through Westleton to Dunwich.