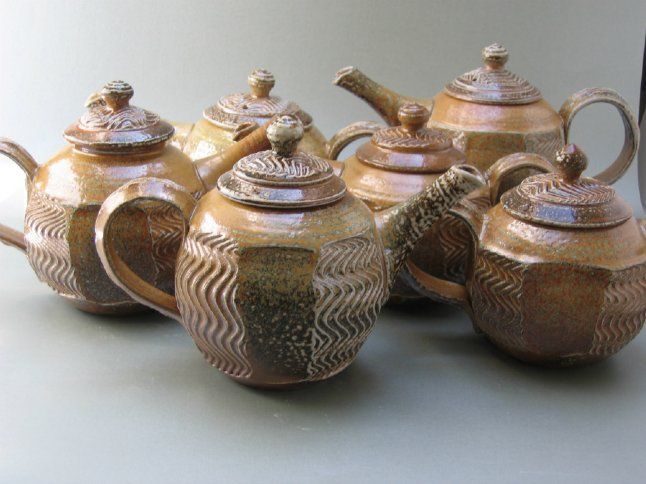 Deborah Baynes has offered residential pottery courses since 1971. Deborah has taught thousands of students the rewarding challenges of clay and the potter’s wheel from throwing to Raku and salt glaze firing. Deborah now offers her pottery courses at her studio at Nether Hall in Suffolk.

In 1967 Deborah Baynes discovered pottery by joining an evening class and began a lifelong obsession (love affair!!) with clay and the endless permutations and possibilities that can be created with it.

In 1971 Deborah established her first studio in White Roding in Essex which became well known not only for wheel made pots, but also for the summer schools held every year. About a third of our students have been before or have been recommended to come by previous students. We hope that you may like to join the many who have had instructive, relaxing and fun holiday courses with us.

In 1993 Deborah moved both home and workshop to Nether Hall on the Shotley Peninsula. Nether Hall overlooks the estuary of the River Orwell.
The house is listed Grade II and believed to date from the early 1600’s. The large oak-beamed rooms provide comfortable accommodation for those on the course and an ideal setting for Deborah’s extensive collection of pots. These include work by famous modern studio potters through to antique salt glaze and 15th Century Chinese pieces. There is also a large library of pottery-related books and magazines which students will find a useful source of inspiration and ideas.

The workshop is situated in the 18th Century coach house and stables, still with cobbled floors and original fittings. It is spacious and well equipped with a de-airing pugmill that produces excellent quality throwing clay. There are also three kilns and nine electric wheels so that each student has access to a wheel at all times.