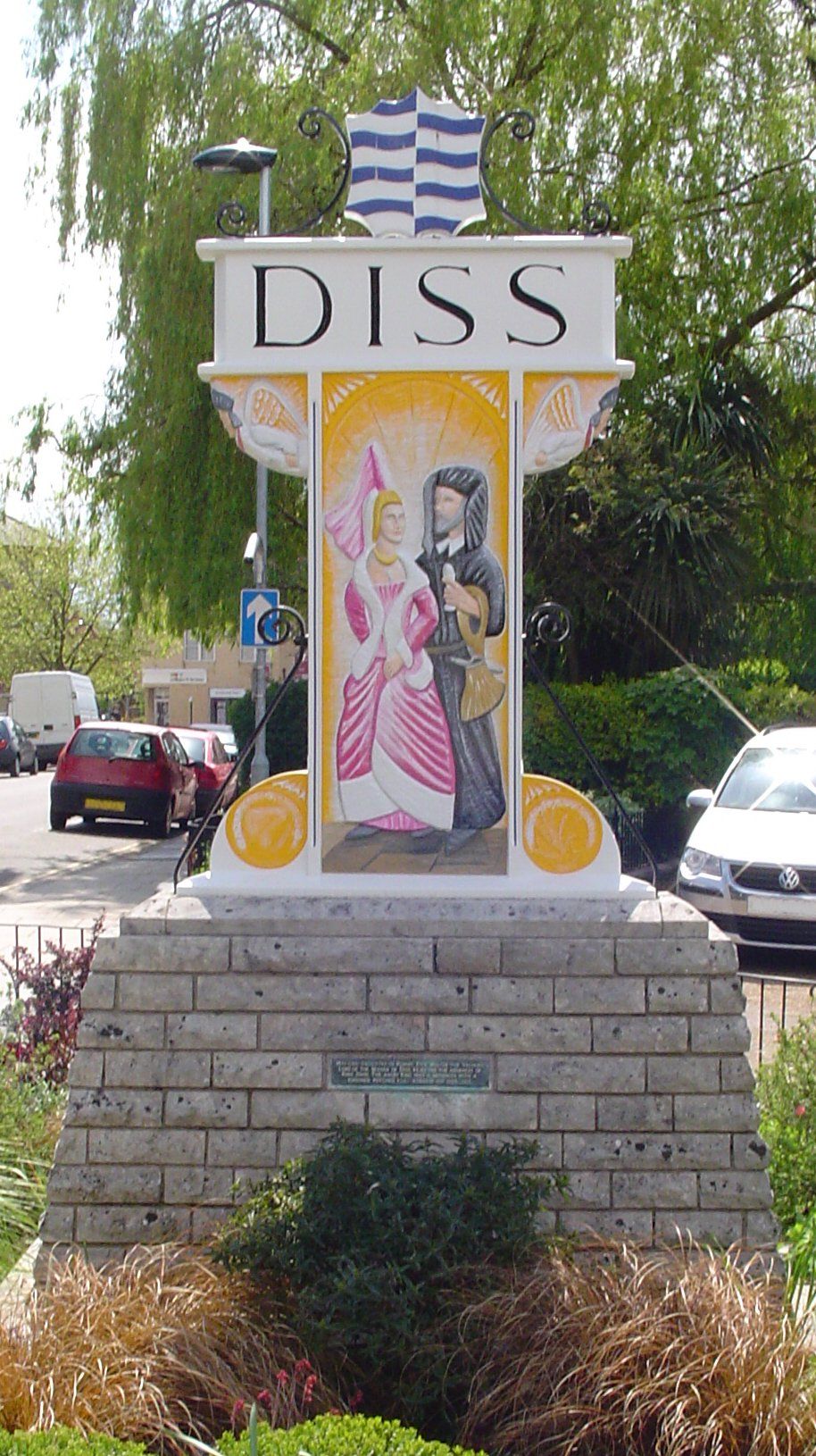 Diss is an ancient Norfolk market town with real character famed for its antique markets. The town sits close to the Suffolk border in the delightful Waveney Valley area of South Norfolk. Diss received a mention in the Domesday book and evidence of ancient Stone, Bronze and Iron Age settlement has been unearthed in the area.

Picturesque market town, with fine examples of architecture, including timber-framed buildings and Georgian/Edwardian facades. The Mere is a six acre lake, said to be the second deepest in the country. Poet John Skelton was born in Diss in 1460. He became tutor to the young Henry VIII, before returning to the town as rector.

Packed with historic churches, timber-framed buildings and famously the six acre Diss Mere with central fountain and underground springs, this Norfolk market town makes the perfect base for touring the inland market towns of both Suffolk and Norfolk. You’re also just a stone’s throw from the classical music centre Aldeburgh and the heritage coast. Norwich to the north and Constable Country around Ipswich to the south are within easy driving distance.