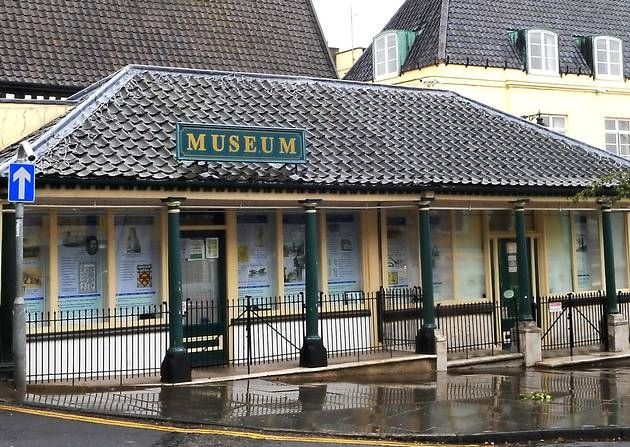 Welcome to Diss Museum – “A little jewel in Diss!”

There is something for everybody in our award-winning community museum.
Please browse through the site to find out more about us.

Come one, come all!
There is something for everybody in our award-winning community museum. Children, especially accompanied by adults, are welcome and will find much to fascinate them.
It is really a Diss & District Museum. Anything that has happened within six miles of the town, or any relevant object used in that area, is of interest to us.

History
Diss Museum is situated in the Market Place in a building called The Shambles, formerly two butchers’ shops. The museum opened in its current form in 1993. First curator, Tim Holt-Wilson, writing in the Diss Town Guide (1993-95), described its background:
“Before George Moss died in 1969 he gave some thought to founding a museum in Diss. He set aside £1,000 in his will, and trusted to the future. He may perhaps have wanted to celebrate his home town, or he may have been prompted by a sense that the old integrated fabric of ‘people’ and ‘place’ was passing away, and that a more uncertain world lay ahead. It made sense to found a museum. Old Diss was in danger through development pressures and neglect – as John Betjeman saw clearly in his visit six years earlier.
Through the 1970s and 1980s the museum developed with the help of its trustees and supporters, and the Diss Express. The tiny Shambles building became a place where the town was especially aware of its past. It contained old things to do with Diss: objects on shelves and under glass, snapshots of past life – things to marvel at, to rouse one’s curiosity, things loaned or given to the museum to start a collection with, precious as part of the lives of the people who put them there.”

There are a variety of displays, frequently changed, about the history of the town and area. Always on display are the Old Rectory Doll’s House, old photos and jottings from the Memory Bank. Local firms like Cupiss, Aldrich, Anness and Gaze have all been featured. Panels in the windows depict significant characters and events from the town’s past.

The Museum is open daily, from March to November, 11am – 3pm.

How to find us
We are in the centre of Diss Market Place in the old Shambles building, once a butcher’s shop. There are several car parks within walking distance.