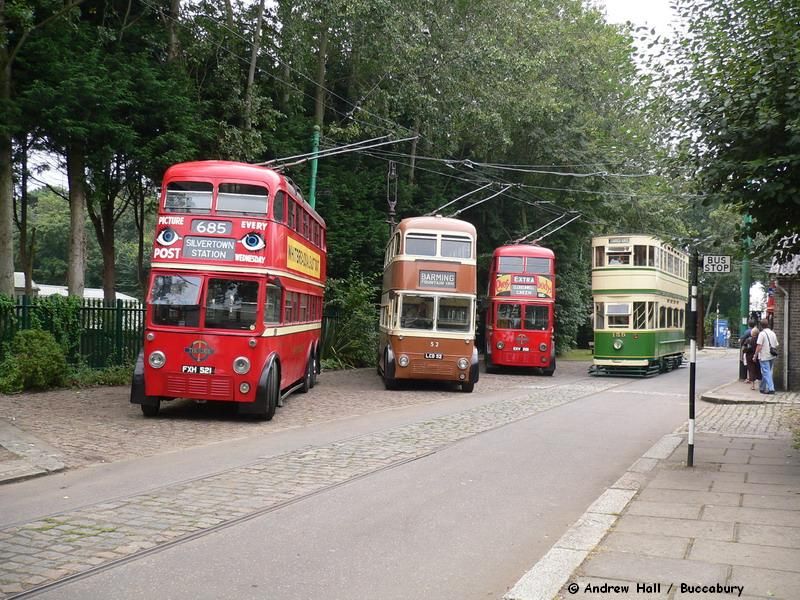 Take a trip back in time at East Anglia’s premier working transport museum, where the past comes to life! Travel as often as you like on preserved historic vehicles or take a trip on the Narrow Gauge Railway.

A wide range of historic vehicles on show includes trams, trolleybuses, motor buses, steam rollers, cars, lorries and taxi. There is also a 2ft-gauge railway. Visitors can ride on many of the vehicles and also view the period street furniture and many small exhibits gathered in a developing street scene.

Where the Past Passes By
Here you can see a unique project; the creation of a museum of street transport designed to show the development of mechanical transport over the best part of a century. The essence of transport is movement, so we are building a living museum where vehicles of yesteryear can be seen in action, where half-forgotten sounds of the past are brought back to life and where visitors can journey back in time by travelling on a few of the exhibits along the Museum’s streets. Many old vehicles seem ill at ease in a rural environment, so our aim is to develop a street scene of houses and shops, complete with authentic street furniture of bygone days, rescued by us from many parts of the country.

At Carlton Colville we have one of the widest ranges of preserved vehicles of any museum, and further exhibits are still accepted from time to time, although restrictions on covered accommodation necessarily confine these mainly to items of local or specific historic interest.

Our story began back in 1962 when four local tramway enthusiasts rescued the body of an old Lowestoft tramcar, no. 14, from its use as a summerhouse at Gunton. From this grew the idea of forming a transport museum, and as a result the East Anglia Transport Museum was founded on its present site in 1965. A Society was formed with the object of developing and running the Museum and started off with a few old vehicles which had been either donated or loaned, but with no other assets whatsoever. The huge task lay ahead of transforming a disused meadow,into a museum with depots, stores, workshops, administrative offices, refreshment facilities and toilets, not forgetting roads, tram tracks, overhead wiring for trams and trolleybuses, and a light railway.

From Easter to the end of September opening hours are:
Thursdays and Saturdays – 1.00pm – 5.00pm
Sundays and Bank Holidays – 11.00am – 5.00pm
The museum is closed on Mondays and Fridays and opens on Tuesdays and Wednesdays during the school holidays.