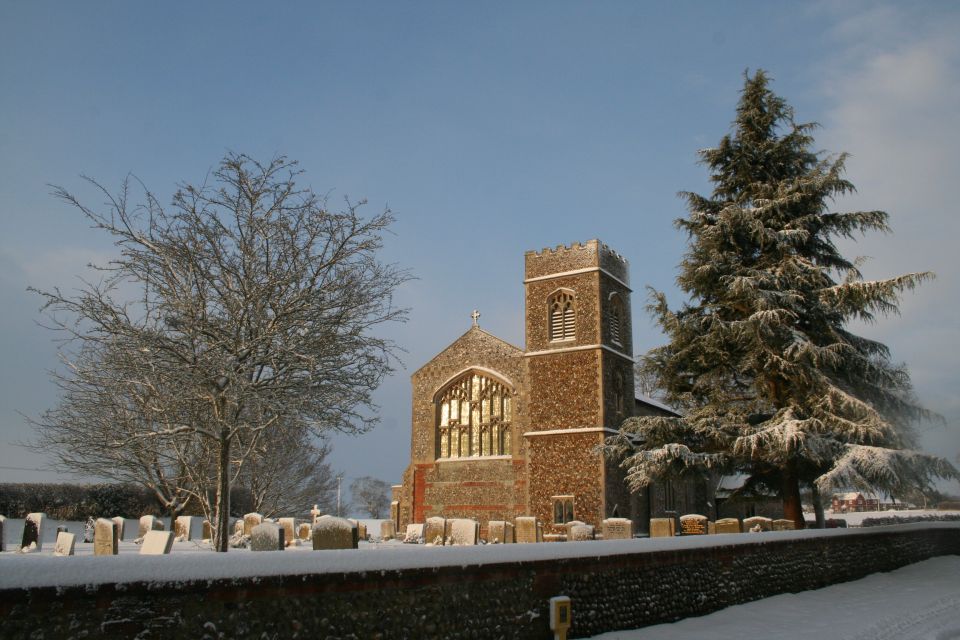 Edgefield is a village and a civil parish in the English county of Norfolk. The village is 13.6 miles (21.9 km) east-north-east of the town of Fakenham, 12.4 miles (20.0 km) west-south-west of Cromer. The nearest town is Holt which lies 3.3 miles (5.3 km) north of the village. The nearest railway station is at Sheringham for the Bittern Line which runs between Sheringham, Cromer and Norwich. .

The village is spread over a large area with the centre concentrated around a village pond. There is a public house which is called The Pigs, it has a garage which now only fixes cars. The village no longer has a school but the old school is now used as a house. The War Memorial which stands on the village green, alongside the Norwich to Holt road, was renovated at a cost of £1,968 in 2004. The Memorial was rededicated on Remembrance Sunday of that year.

Edgefield has an entry in the Domesday Book of 1085.[4] In the great book Edgefield is recorded by the name of Edisfelda, the main landholders being Peter de Valognes and his main tenant, said to be Humphrey from Ranulf, brothers of Ilger. There is said to be a mill and 2 beehives. The village is described as being near the River Geet.