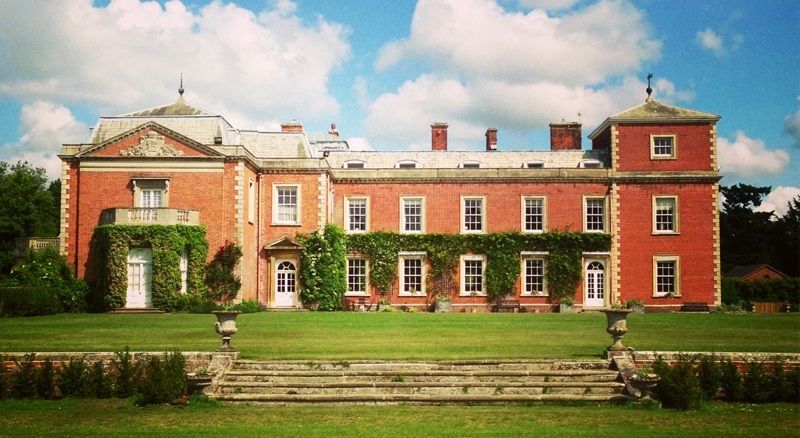 The village of Euston first appears in the Domesday Book (1087) and there has been a manor house on the site since the 15th Century.

The village of Euston first appears in the Domesday Book (1087) and there has been a manor house on the site since the 15th Century. The Estate was purchased in 1666 by Henry Bennet, Earl of Arlington and Secretary of State to the newly-restored King, Charles II. He set out to build a grand house in the French style, built around a central court with large pavilions on each corner. In its original form, the house was half H – shaped in plan, being the remodelling of a characteristic Suffolk Tudor House.

The Earl of Arlington’s only daughter, Isabella, inherited the Euston Estate when he died in 1685. She was married to Henry FitzRoy, son of Charles II by Barbara Villiers. The property was subsequently inherited by the 1st Duke and Duchess of Grafton, and it has remained the seat of the Dukes of Grafton ever since.

The 2nd Duke remodelled it in 1750, using designs by Matthew Brettingham (who went on to design Holkham Hall in Norfolk.)

The South and West wings of the house were consumed by a fire in 1902 and, although rebuilt, in 1952 the Hall became unmanageable and these were demolished.

The picturesque courtyard, now the main entrance to the Hall, contains Lord Arlington’s stable block and a service wing linking it with the Hall.

From London take the M11 for Cambridge
Turn left at Junction 9 onto the A11 for Norwich & Newmarket
Bypass Newmarket on the A14
Take the A11 ramp for Thetford/Norwich
Continue onto A11
Take the exit left to Elveden/Brandon – B1106
Go left off exit into Elveden, past the Elveden Inn, then first left signposted Local Services
Continue straight ahead on Elveden Road and then turn right, signposted Barnham/ RAF Honington
Continue on to Barnham Road, straight over the traffic lights and through Barnham Village
At the T-Junction, turn left onto the A1088
After 150m, Euston Hall entrance will be on the right