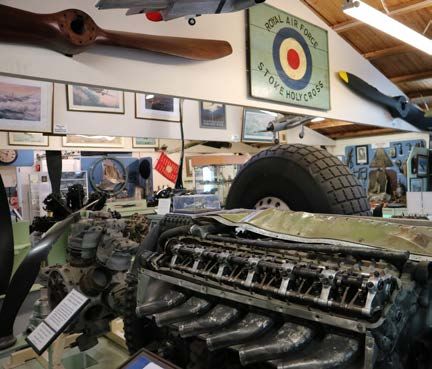 The museum is first and foremost a centre for aviation archaeology. The team running the Fenland and West Norfolk Aviation Museum have spent many years researching and recovering the remains of crashed aircraft.

These remains are now proudly displayed, with their full historical context explained. We also display photographs, uniforms, engines, guns and many other artefacts related to civil and military aviation over the last century. The remains of several aircraft – British and German – lost during World War Two are displayed within the museum. In many cases there were no survivors from the crash, the cause of which can only be assumed.