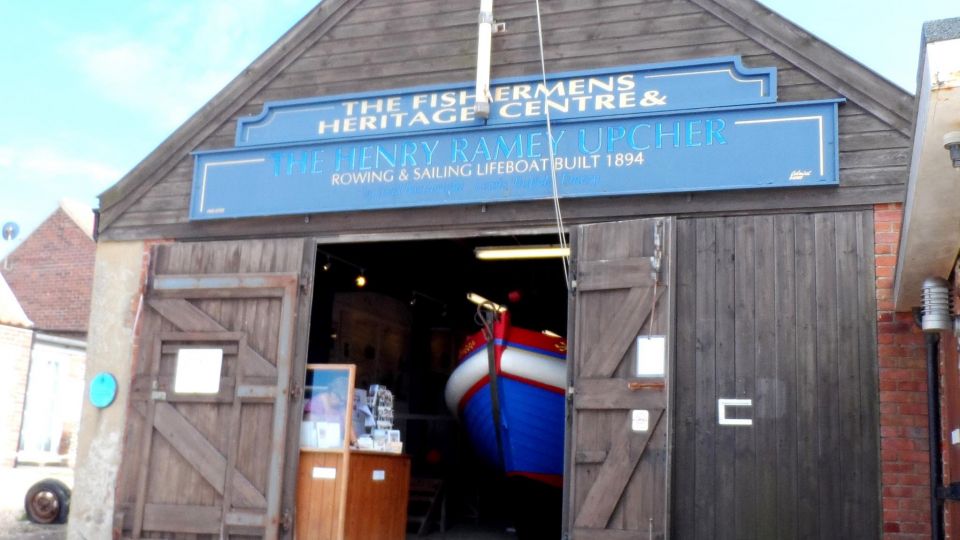 Fishermen’s Heritage Centre
The Fishermen’s Heritage Centre was officially opened on 13th April 2006 by Peter Cox, Town Mayor of Sheringham, in the presence of a throng of invited guests and witnessed by Sheringham residents who had come to see this long-awaited occasion. The Centre is housed in part of the historic Fishing Sheds on West Cliff. The building was renovated following a public appeal and with funding from EEDA, the European Regional Development Fund and other sources.

The Centre is dedicated to demonstrating the history of the lifeboats provided by the Upcher family of Sheringham Hall for the use of the fishermen of what was then Lower Sheringham, a small fishing hamlet.

These lifeboats are usually referred to as the private, Upcher or fishermen’s lifeboats. The first of these, called the Upcher, was a fishing boat also used as a rescue boat. The second, the Augusta, was the first purpose-built lifeboat in Sheringham. It no longer exists, but its story is a fascinating one. The last of the three, the Henry Ramey Upcher (HRU), replaced the Augusta. It was in use until 1935 and can still be seen in its original shed, which forms part of the Centre.