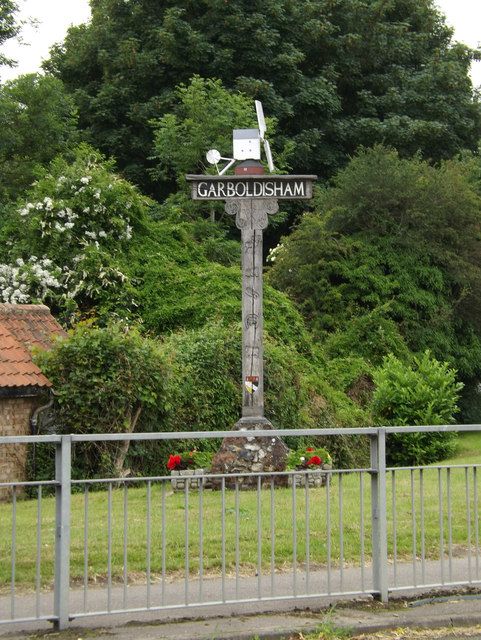 Garboldisham is a village and civil parish, part of Guiltcross in the Breckland district, in Norfolk, England, near the boundary with Suffolk.

A D Mills (2003) says it was a ‘homestead or village of a man called Gǣrbald’. It appeared in the Domesday Book (1086) as Gerboldesham. The traditional view of Gaerbold is that it is an Old English name, i.e. homestead of Garbold. Others argue it has a Viking origin with Garbold being a famous Viking. As described above, the boundary between Anglian, Viking and possibly even Iceni is blurred in the light of recent genetic and linguistic research.

To the south of the village are the hamlets of Smallworth and Broomscot Common, the name of the latter according to some[who?] recalling the village’s ancient pagan past, but more likely, so Carole Hough thinks, an affiliation to a Scandinavian with the surname Brun. This name might reflect the Viking invasions or Scandinavian connections of the Wuffingas, founders of the kingdom of East Anglia. It might even go further back in time if you believe theories that the pre-Roman Iceni inhabiting this area were Old English speakers rather than Cymric/Welsh.