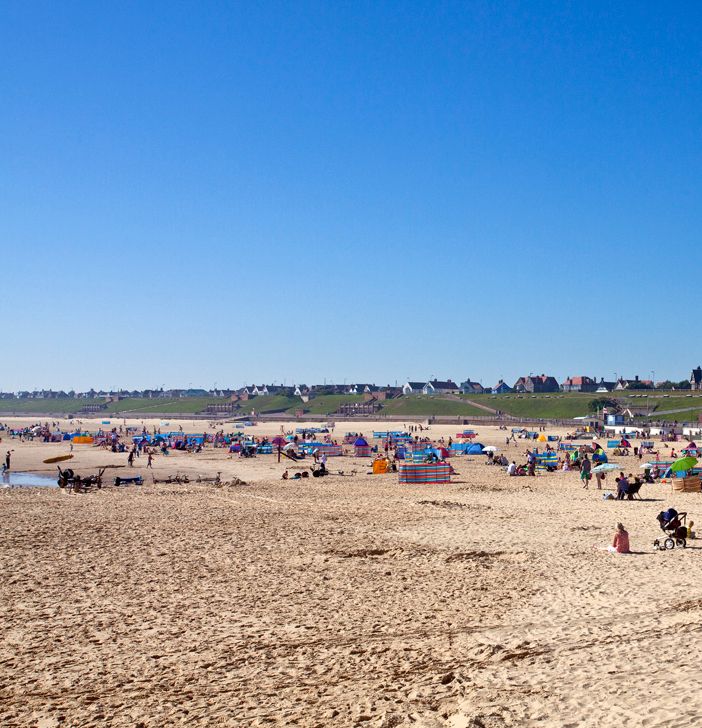 The place-name ‘Gorleston’ is first attested in the Domesday Book of 1086, where it appears as Gorlestuna. It appears as Gurlestona in the Pipe Rolls of 1130. The first element may be related to the word ‘girl’, and is probably a personal name. The name could mean “girls’ town or settlement”, or a variant thereof, similar to Girlington in West Yorkshire.

Historically the town was in the county of Suffolk. In the Middle Ages it had two manors, and a small manor called Bacons. In 1832, it became a part of Great Yarmouth for electoral purposes. Finally in 1835 it merged with the town and became part of Great Yarmouth in the county of Norfolk. Gorleston Barracks were established in 1853. There used to be two railway stations. Both were on the coastal line which joined Great Yarmouth with Lowestoft – Gorleston-on-Sea closed in 1970 whilst its neighbour, Gorleston North closed in 1942.

It is a seaside resort and tourist destination. Its main attraction is its sandy “Edwardian Beach.” It has traditional seaside gardens and model boat pond. It also has a theatre opposite the pier called the Pavilion. The main shopping centre is on High Street. It has its own golf club. There is also the hospital and a library. The nearest railway station remaining open is the Great Yarmouth railway station. There is a lighthouse, lifeboat station and coastwatch station on Riverside Road.

In the Great Storm of 1987, Gorleston-on-Sea experienced the highest wind speed recorded in the UK on that day, which was 122 mph (196 km/h).

The town is meticulously described in the novel Gorleston by Henry Sutton (Sceptre, 1995) and in Philip Leslie’s novels The History of Us (Legend Press, 2009) and What Remains (December House, 2013). Both Sutton and Leslie employ the actual names of roads and retail outlets in their work.