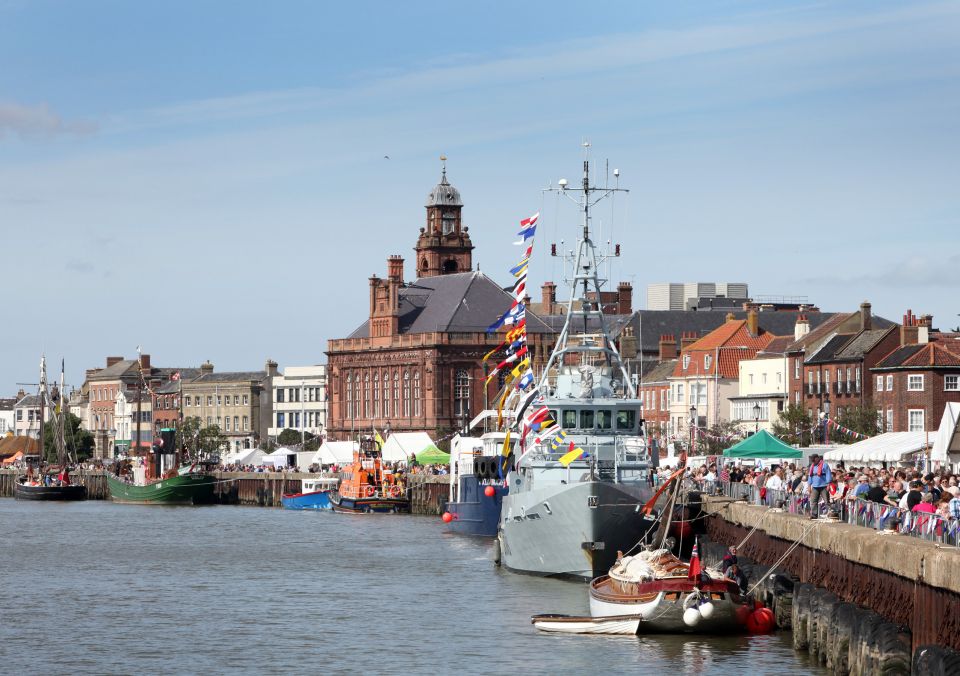 A population of 38,693 in the 2011 Census made it Norfolk’s third most populous place. Its fishing industry, mainly for herring, shrank after the mid-20th century and has all but ended. North Sea oil from the 1960s brought an oil-rig supply industry that services offshore natural gas rigs. More recent offshore wind power and other renewable energy have led to further services. Yarmouth has been a resort since 1760 and a gateway from the Norfolk Broads to the North Sea. Holiday-making rose when a railway opened in 1844, giving easier, cheaper access and bringing some settlement. Wellington Pier opened in 1854 and Britannia Pier in 1858. Through the 20th century, Yarmouth boomed as a resort, with a promenade, pubs, trams, fish-and-chip shops and theatres, and the Pleasure Beach, the Sea Life Centre, the Hippodrome Circus and the Time and Tide Museum, and a Victorian seaside Winter Garden in cast iron and glass.