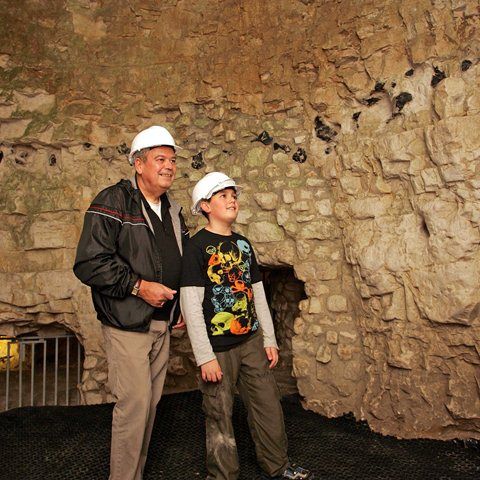 Grime’s Graves is a unique visitor attraction in Norfolk as the only Neolithic flint mine open to visitors in Britain.

Grime’s Graves is the only Neolithic flint mine open to visitors in Britain. This grassy lunar landscape of 400 pits was first named Grim’s Graves by the Anglo-Saxons. It was not until one of them was excavated in 1870 that they were identified as flint mines dug over 5,000 years ago.

A small exhibition area illustrates the history of this fascinating site. Visitors can descend 9 metres (30 ft) by ladder into one excavated shaft to see the jet-black flint.

Set amid the distinctive Breckland heath landscape, Grime’s Graves is also a Site of Special Scientific Interest and a habitat for rare plants and fauna.

April – October daily from 10am

Located 7 miles north-west of Thetford off A134