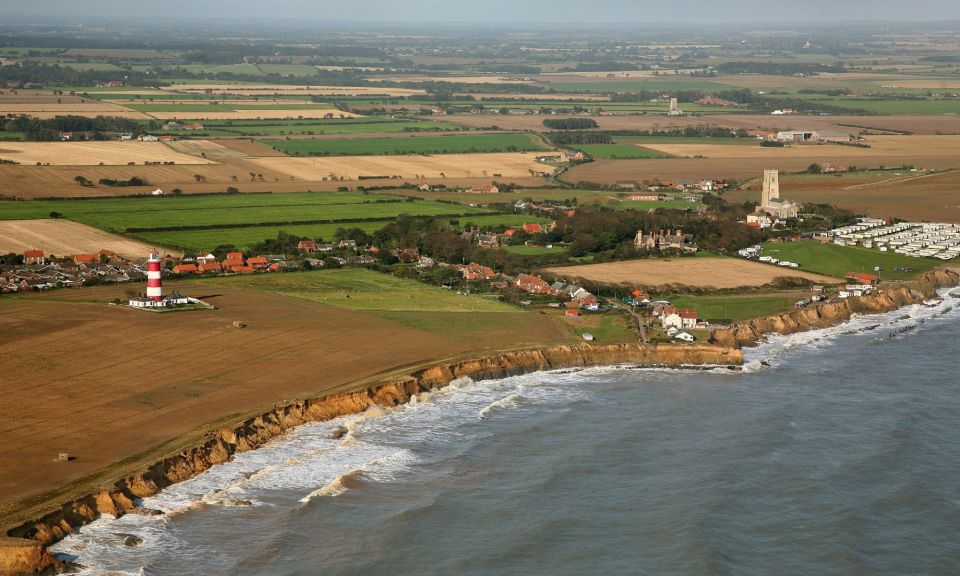 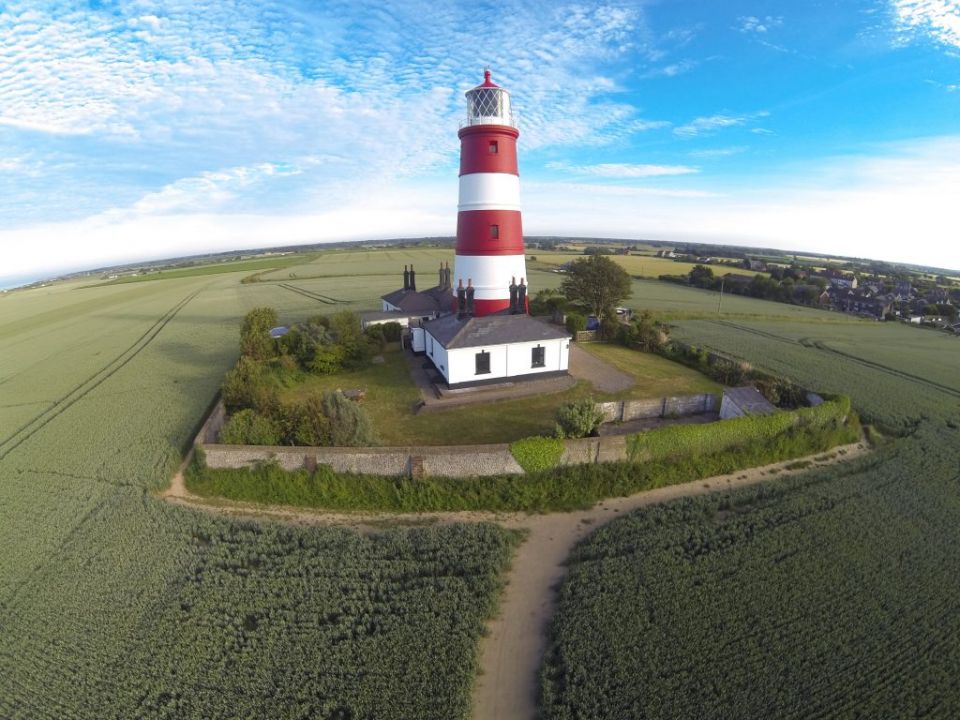 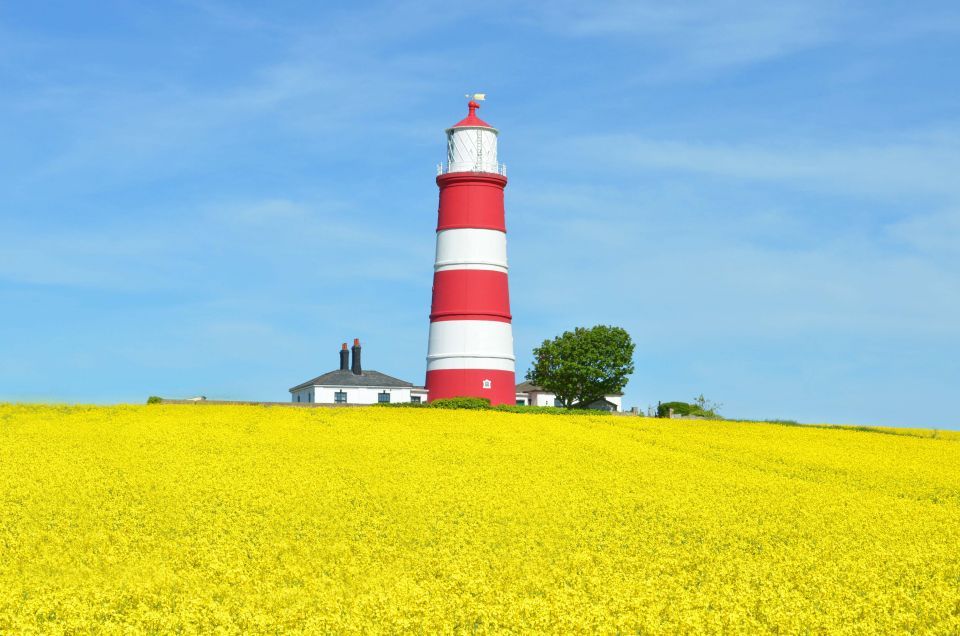 Happisburgh is a historic village on the north-east coast of Norfolk. Pronounced “Haze-bruh”, and spelt ‘Hapesburg’ in the Domesday Book, the name means ‘Haep’s Town’. Despite much publicity about Happisburgh and coastal erosion, the village has an exciting long term future.

Happisburgh, pronounced Haisbro, and spelt Hapesburg in the Domesday Book, means ‘Haep’s Town’. At the time of the Norman Conquest it had passed into the hands of Edric the Dane, who appears on the right side of the village sign. After his expulsion it passed eventually to Roger Bigod, whose daughter Maud – on the left – married William d’Albini, who was given the village as Maud’s wedding portion.

Happisburgh Lighthouse is the oldest working light in East Anglia, and the only independently run lighthouse in Great Britain.

Built in 1790, orginally one of a pair – the tower is 85ft tall and the lantern is 134ft above sea level. The ‘low light’ which was discontinued in 1883 was 20ft lower and the pair formed leading lights marking safe passage around the southern end of the treacherous Haisborough Sands.

Today the lighthouse is painted white with three red bands, and has a light charcteristic of Fl (3) W 30s (3 white flashes, repeated every 30secs) with a range of 18 miles.

Saved as a working light by the local community, it is maintained and operated entirely by voluntary contributions.