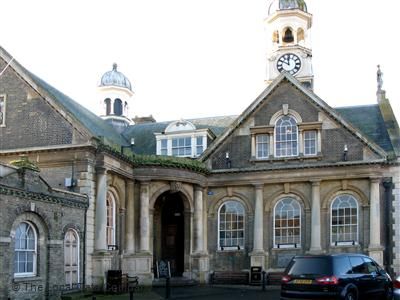 The Jack Pilling Art Gallery exhibits Artwork by different Local Artists and change the display every two weeks.
There is always something new for you to see and most pieces are on sale.

Since 2011 the Jack Pilling Art Gallery has opened its doors to the public. The light and airy gallery, situated on the top floor of Thetford’s historic Guidhall, is open six days a week purely for the benefit of the Hospice.
Already it has raised thousands of pounds, and the dedicated fundraisers at its helm – administrator Pam and treasurer Don Goveia – show no signs of stopping.

Pam’s relationship with the Guildhall gallery dates back to 1999, when she was administrator at a former art gallery in the building. After she left various people took it on, but it eventually closed. Pam was asked if she wanted to open the gallery again and, following discussions with Thetford Town Council, she and Don were given the keys. A week-and-a-half later, in March 2011, the Jack Pilling Art Gallery opened its doors to the public, in aid of the Hospice from the start.