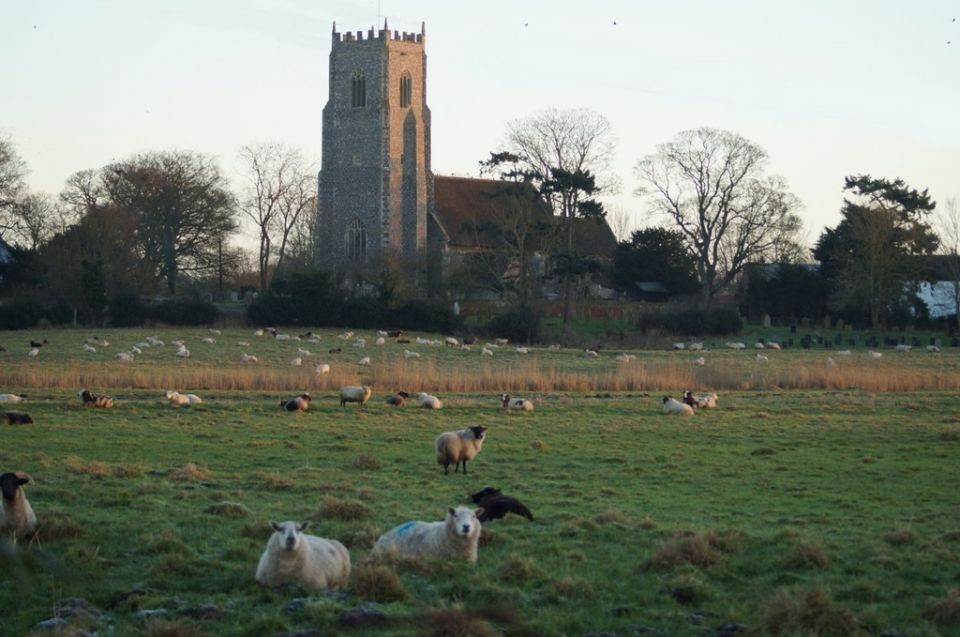 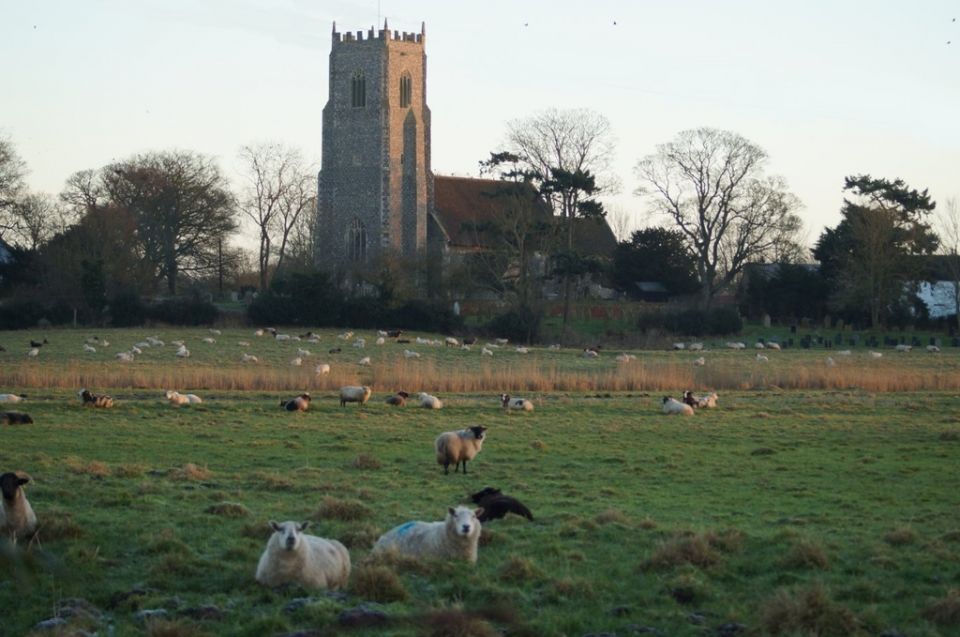 A 13th century church with Roman bricks, on a 7th century site, with modern glass and a warm welcome.

Between the busyness of Pettit’s Animal Adventure Park and the Humpty Dumpty Brewery, on one side and the lonely, bird frequented marsh, on the other, St, John the Baptist church is a place on the edge – a warm place with open doors. Here you are welcome to “come apart and rest awhile” between the ever changing world of human history and the stillness of God’s eternity.

In the 7th century it is likely there was a monastery was established on what was then a finger of land jutting out into the sea. Close by were ruins of a Roman lighthouse. Over the years, the Vikings attacked, Normans conquered, a new stone church was built using stone from the lighthouse, Henry VIII dissolved the monasteries and grazing marshes were gradually reclaimed from the sea.

If you look to the east, the black tower of the Berney Arms wind pump is clearly visible. Inside the church there are several Berney family memorials. The grandest of which is Henry Berney (died 1584).

In 1984 a carelessly discarded cigarette end set the thatched roof ablaze, gutting the interior. As a result, the 13th century church, on a 7th century site, with 4th century brick and a 15th century tower, has modern furnishings, stunning modern stained glass! And all mod. Coms.

Visitors are invited to make themselves a cuppa and have the use of the toilets!