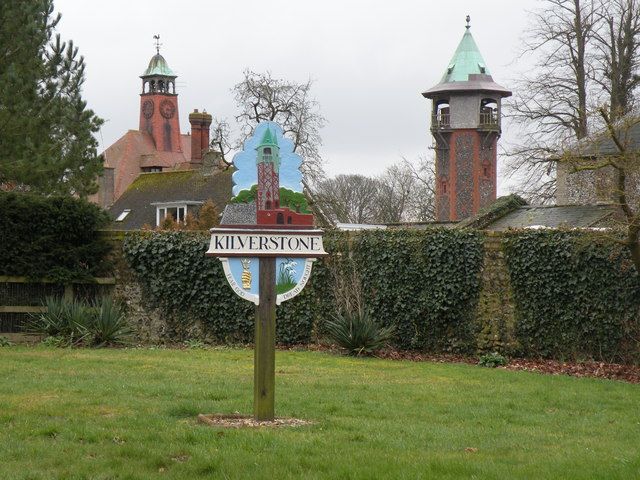 Kilverstone is a civil parish in the English county of Norfolk east of Thetford, it falls within the district of Breckland.
Its church, St Andrew, is one of 124 existing round-tower churches in Norfolk.

Kilverstone is a small parish in Breckland on the edge of the town of Thetford. The River Thet forms the southern boundary of the parish, and to the north the parish is bisected by the A11 and the railway. Kilverstone comes from the Old English meaning ‘Kilvert’s enclosure or settlement’.

In 1086 Kilverstone was held by the King and by Robert Malet, and the Domesday Book records mills, a fishpond and flocks of sheep. Medieval and post medieval documents show that sheep were of enduring importance in the local economy, and the cause of many legal disputes!

An excavation carried out on the site of an Asda store on Norwich Road by the CAU in 2000 revealed a nationally important Early Neolithic site made up of over two hundred pits, some of which were grouped into distinct clusters . The pits are probably the remains of an Early Neolithic settlement. A small group of Beaker pits and a Late Neolithic to Early Bronze Age ‘buried soil’ deposit, both containing pottery and flints were also discovered. Other prehistoric finds from the parish include Early Neolithic pottery and Neolithic flints. Two ring ditches, probably the remains of Bronze Age round barrows, are visible as cropmarks on aerial photographs to the north of Kilverstone Hall. A Bronze Age spearhead and the blade of a chisel have been found.