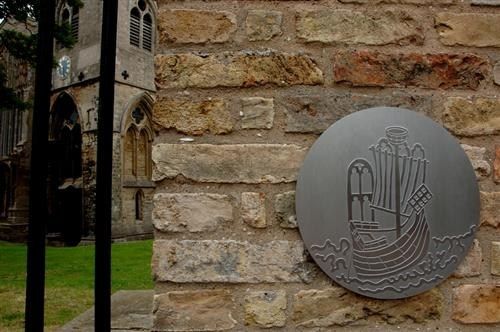 The Pilgrimage Trail (pdf, 860kb) forms part of the £4.3m redevelopment and restoration work to the historic urban park, The Walks. It has been funded by the Borough Council and the Heritage Lottery Fund, and allows visitors and local people to retrace the steps of the many pilgrims who passed through Lynn on their way to the Shrine of Our Lady at Walsingham in medieval times.

The trail has been developed by the Council in partnership with Norfolk’s Museums & Archaeology Service. It takes in Red Mount Chapel in The Walks, a popular stopping point on the pilgrims’ journey, and also includes four other important religious sites: St Margaret’s Church, St Nicholas’ Chapel, All Saints’ Church and the recently renovated Greyfriars Tower, which is all that is left above ground of a once magnificent medieval Franciscan friary.

With a leaflet as a guide, the trail aims to encourage greater awareness and appreciation of the attractions lying beyond Lynn’s historic heart. Starting at Lynn Museum, the circular route follows 22 specially commissioned plaques, which will also serve as public works of art.

The circular 25cm plaques, designed by Ely based artist Lyndall Phelps, were inspired by the badges collected by medieval pilgrims as souvenirs of visits to shrines. Badges unearthed from the mud at The Purfleet in Lynn, which are thought to have been lost on river crossings, are displayed at Lynn Museum. The mementoes would traditionally depict an architectural feature of the site, a religious motif or flora and fauna.

The plaques for the trail are made in brushed stainless steel, with five images photo-etched into the surface showing various features from each landmark: the vaulted ceiling at Red Mount Chapel; a stone gargoyle at Greyfriars; a ship from a carved wooden pew end, formerly at St Nicholas’ and now at Lynn’s Town House Museum; Christ surrounded by clouds in the ceiling at All Saints’; and a dog beside a figure in one of the brasses in St Margaret’s.