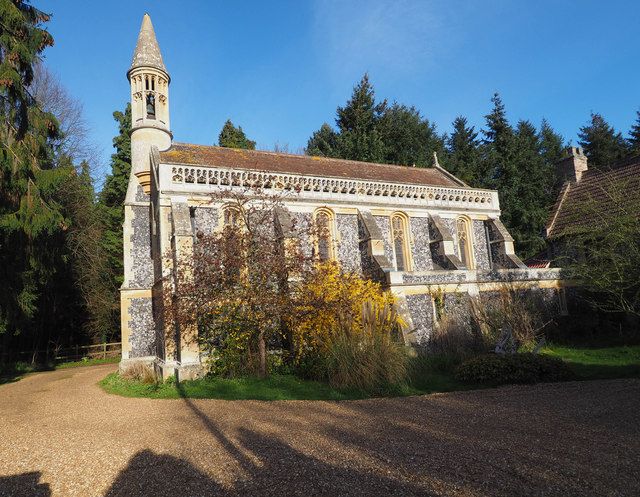 Lynford is a village and civil parish in the Breckland District of Norfolk.

The parish covers an area of 9.54 sq mi, and the 2001 Census recorded a population of 157 in 81 households. Lynford lies 4 miles north east of Brandon and between Mundford, 2 miles to the north west, and Thetford, 6.5 miles to the south east, on the A134. It lies deep within Breckland forestry land between the Stanford Battle Area and Thetford Forest.

Lynford is served by Our Lady of Consolation and Saint Stephen chapel of ease joined to Saint Mary’s Catholic Church, Thetford.

Lynford Hall, which is actually closer to Mundford, was rebuilt in the 19th century by Stephens Lyne-Stephens who was known as the richest commoner in England. The hall is now a hotel and conference centre. Lynford Arboretum and Lakes, formerly part of Lynford Hall estate, is now owned by the Forestry Commission.

Grimes Graves, the only Neolithic flint mine open to visitors in Great Britain, lie a mile to the south. Lynford Quarry is one of only two sites on mainland Britain which has evidence of Neanderthal occupation.