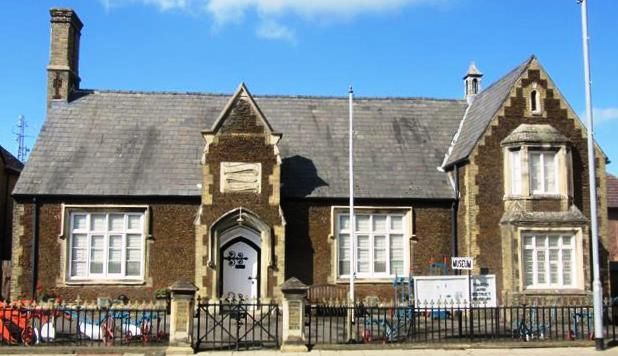 A small Folk Museum containing artefacts from the town and local villages.

The March and District Museum Society was established, initially as a Historical Society, by a group of prominent March people in 1972. The Museum building was erected in 1851 by March Consolidated Charities as a girls’ grammar school to be known as the South District Girls’ School. It was one of three Carr stone buildings in the town, probably built by Morton Peto, who was involved in the building of the March railway.

Set up as a local folk museum in 1976 there are a number of displays showing the life and times of the late 19th and early 20th Centuries. Local archaeological finds together with examples of life from the Victorian to modern day may be seen. There is an example of a working blacksmith’s forge, a reconstructed fen cottage, a privy and a selection of agricultural tools on show. A range of exhibits reflect the importance of the railway to the town and include the medals awarded to Benjamin Gimbert G. C. following the train explosion at Soham in June 1944. Other displays include items from the home, tools from a number of crafts of the town, clothing and radios from yesteryear and a range of war memorabilia. A wide range of local history documents, including Local Council Rate Books, Minutes of the March Urban District Council and copies of the 1851, 1861 and 1881 Censuses are available for those involved serious research of their family or local history.