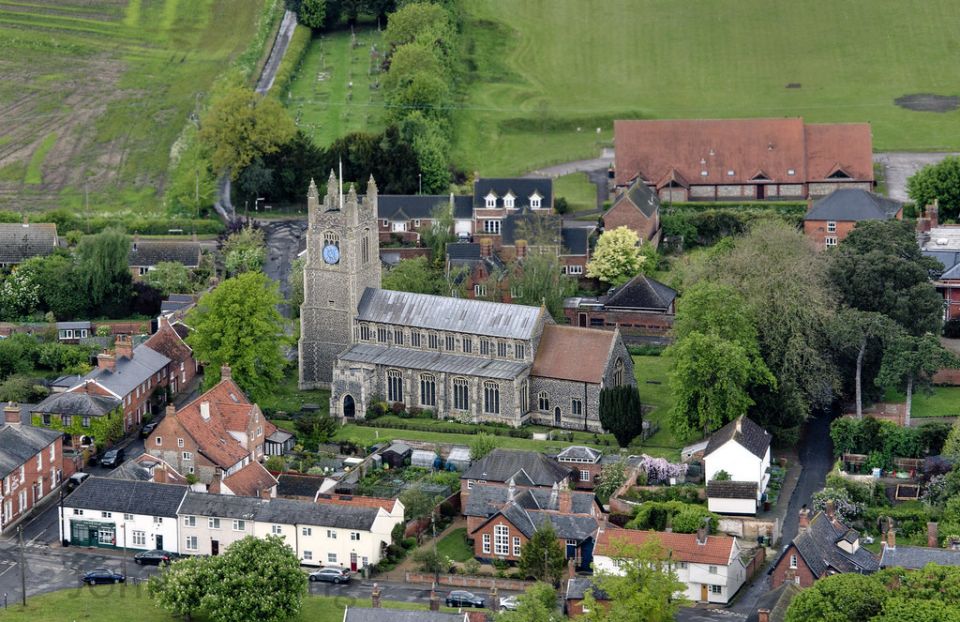 New Buckenham is a village and civil parish in the English county of Norfolk.

A nucleated village, New Buckenham has a medieval grid plan encompassing a green that originally served as the market place. At the green there is a historic market house, a grade II-star listed building which features a whipping post, and commonly called the Market Cross. The village entirely comprises a conservation area together with the adjacent Buckenham Castle, which lies in the neighbouring parish of Old Buckenham.