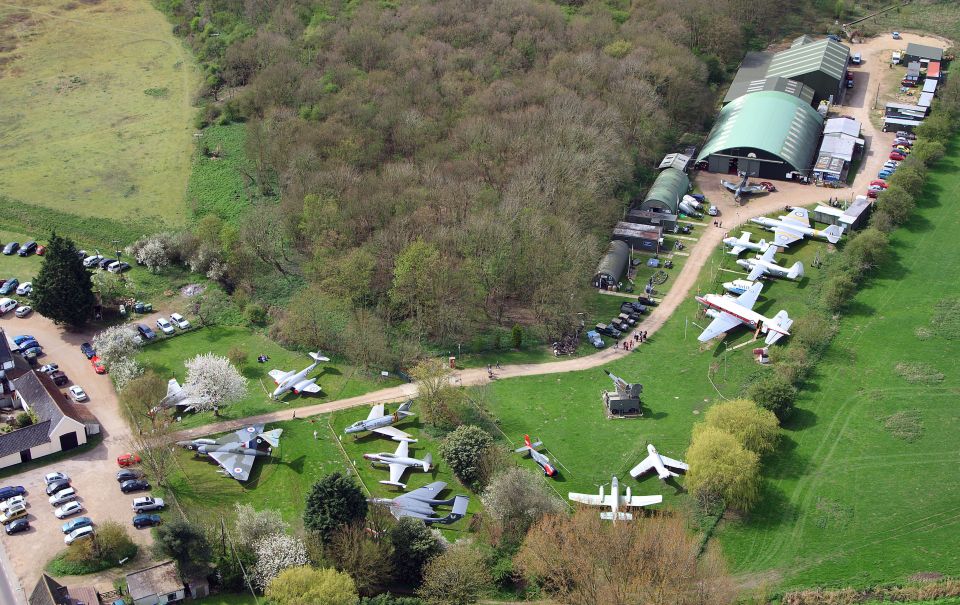 Has 70 aircraft and 30,000 smaller exhibits reflecting military and civil aviation in East Anglia, from the pioneers years to present.

Late in 1972, a few local enthusiasts met and decided that steps should be taken to record something of the history of aviation in the Eastern counties, and preserve aircraft and artefacts. A society was formed early the following year and activities commenced; a Nissen hut behind the Flixton post office soon became the base. In May 1976, the (now) museum was officially opened by the late Wing Commander Ken Wallis who went on to become President.

A larger building was soon required for the growing collection and efforts to find a suitable site on or around the Bungay/Flixton airfield were rewarded when a barn next to the Flixton Buck Inn was offered, along with the use of a meadow for aircraft. When further expansion needs arose they were met with the purchase in 1984 of almost 8 acres of land from the owners of the Buck Inn, and work commenced on sourcing and erecting buildings and a hangar. The barn was eventually vacated in 1990.

The theme of the collection has grown from 1) the occupation of the airfield by the 446th Bomb Group USAAF, followed briefly by the Fleet Air Arm and then the Royal Air Force, and 2) aviation in the East of England. These broad headings have permitted a very varied collection of aircraft and artefacts to be gathered and displayed, and virtually everything has been donated by visitors. The collection continues to grow and when appropriate a new building is erected, although unused space is becoming scarce owing to the need to provide for car parking.