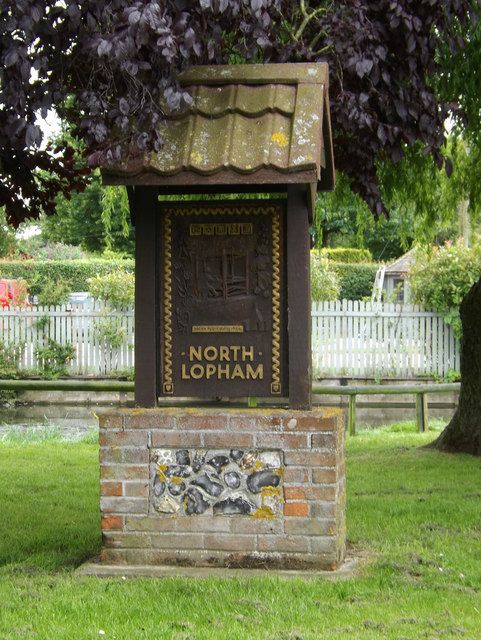 North Lopham is a civil parish in the English county of Norfolk.

North Lopham was first mentioned in the Little Doomsday Book of 1086 and was referred to as ‘Lopham Alia’. This Latin name can be translated into ‘Another Lopham’. The name Lopham originates from the Old English for ‘Loppa’s homestead’. The earliest known building within the parish was a Roman villa located in the East of the village. This was discovered through Roman materials, such as pottery, and coins being found as a result of ploughing and metal detecting. During the 16th century, North Lopham was noted for the production of fine linen, as was common in the areas surrounding Thetford and Diss at the time. This production continued through the 17th and 18th centuries as was described by William White’s 1845 Gazetteer: