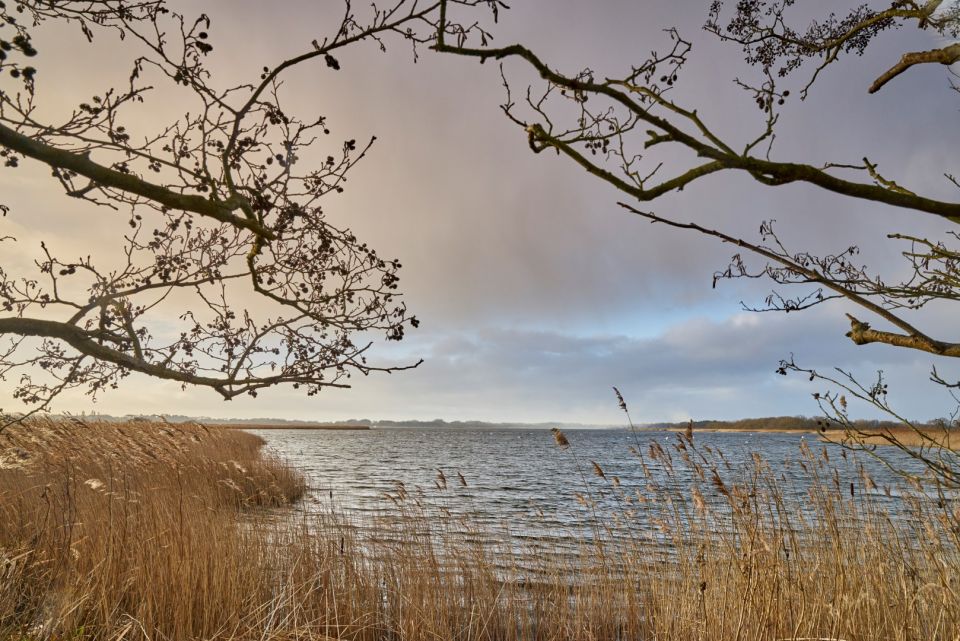 The largest of the Broads, NWT Hickling Broad is a year-round haven for wildlife.

It is easy to spend a day walking around Hickling’s trails or, in summer, gently while away a couple of hours taking in the Broad’s hidden corners on one of NWT’s summer wildlife watertrail boat tours.

Hickling Broad is situated on the Upper Thurne river system, which holds a significant percentage of the UK population of common crane as well as important breeding numbers of bittern, marsh harrier bearded tit and Cetti’s warbler. In winter large numbers of marsh harriers roost in the reedbed north east of Stubb Mill; merlin and hen harrier are also regular. Barn owl is almost guaranteed and you may see kingfisher if you are lucky. Interesting mammals include the introduced Chinese water deer, red deer and hard-to-see otters.

Among the many insects are two local specialities – the swallowtail butterfly and the Norfolk hawker dragonfly – though many equally rare, albeit lesser-known, invertebrates also occur, such as the fen mason wasp. Plants are well-represented, with the important milk parsley – the larval food plant of the swallowtail.

It runs May to September weather permitting (additional charge).

Our visitor centre has a gift shop, refreshments and toilets. Wildlife Detective explorer bags for children are available to hire: £10 deposit and £1.50 charge. Call the centre on 01692 598276

Marsh harrier
As well as nesting, the marsh harrier now over-winters in the county in sizeable numbers, with the largest gatherings found roosting on the edge of the site, viewable from a special raised viewing bank at Stubb Mill. Over 100 were recorded together in one sighting in December 2006.

Swallowtail
Between late May and early July adult swallowtails emerge to provide one of Norfolk’s wildlife spectacles. Their yellow and black wings have a span of around 9cm, making them easily the largest native British butterfly. In good years a second brood occurs in late August to mid-September.

Common crane
When three common cranes appeared on the northeast Norfolk coast in 1979, few would have believed that, just two years later, the species would go on to nest for the first time in centuries. Undoubtedly the best place to see them is the Stubb Mill viewing platform in the winter. A number of cranes usually fly into the reeds here around dusk each evening to roost. Standing 1.2m (4ft) tall, these impressive birds give a haunting, bugle-like call as they drop in.

Access
From Hickling village follow the signs to the nature reserve. There is a large car park (grid ref TG 428 221), visitor centre and toilets. There is disabled car parking provision and a rough surface leading to the centre where there is a disabled toilet, hearing loop and a wheelchair available. From the visitor centre there are a number of accessible trails, both compacted hoggin or boardwalk which give easy access to two hides as part of a circular route.
Additionally, Whiteslea track is a raised compacted granite track providing views over the marshes. Please note that there is a requirement to open and close gates while following some of the paths around the reserve.

Also note that the track to the Stubb Mill raptor viewpoint can be wet, uneven and muddy. Stout footwear is advised.

Dog policy
NWT no dogs policy. Visitors with dogs can walk Weavers Way public footpath along South edge of Broad. There is also a public footpath from Hickling village North of the reserve – from here you can see some areas of the reserve. Dogs on a lead may be taken onto the Raptor Roost watch point, only by accessing it via Stubb Road and not through the main reserve.

Reserve: dawn till dusk, every day, all year round

NWT Hickling Broad is approximately 4km south of Stalham off the A149 Stalham to Caister-on-Sea road. It is clearly signposted – from Hickling village follow the ‘brown badger ’ tourist signs into Stubb road and on to the nature reserve.