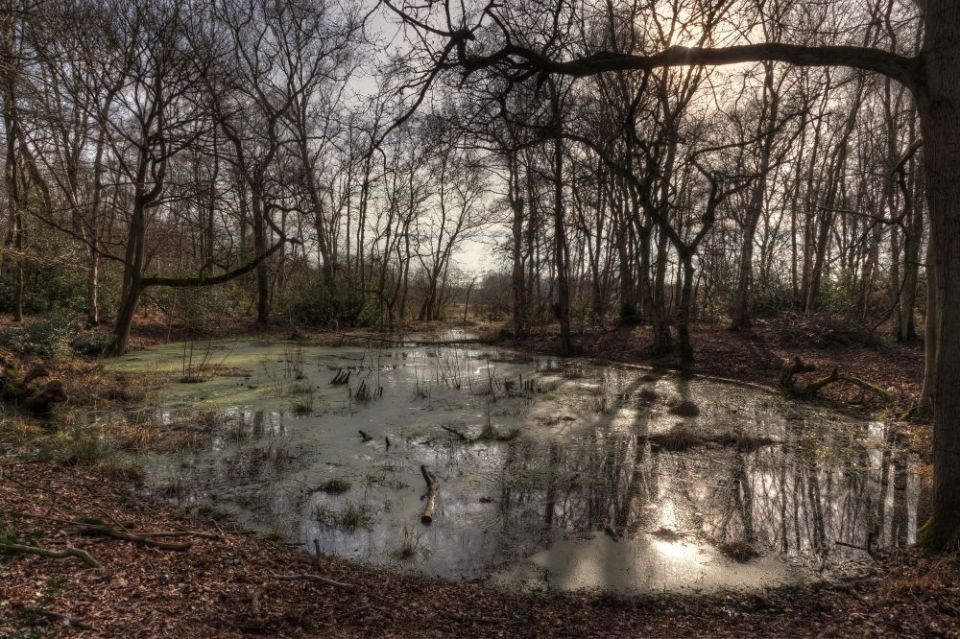 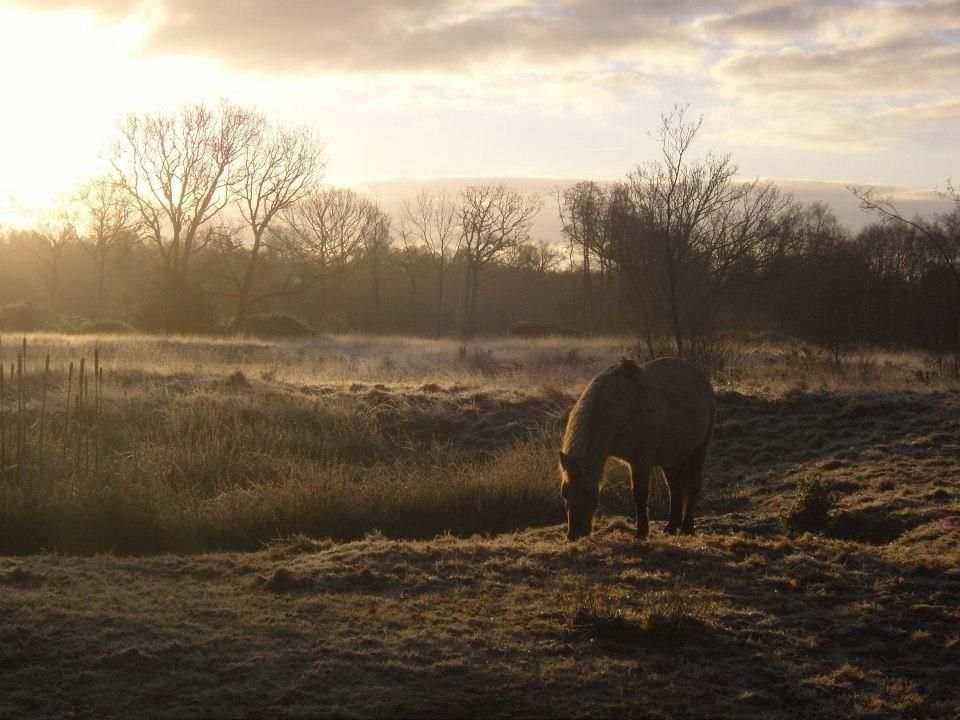 Thompson Common is famous for its pingos, a series of around 400 post-glacial depressions.

These shallow, fluctuating pools harbour a variety of interesting flora and fauna. Indeed, the whole of the site contains a stunning array of plant communities and an outstanding collection of plants – more than 400 species have been recorded.

Thompson Common is also one of the most important sites in the county for dragonflies and damselflies. 19 species have been recorded as breeding or possibly breeding. Visiting the site’s larger pingos in July and early August offers an amazing spectacle, with huge numbers of dragonflies filling the air. 25 species of butterfly have also been recorded and over 600 species of beetle.

Scarce emerald damselfly
A rare and hard-to-identify species found at only a handful of locations in England (including a small number at Holt Lowes), the species is widespread and frequent at Thompson Common, particularly around the larger, more open pools.

Otters
The reserve is used regularly by otters, which enjoy its undisturbed habitat. The best chance is to wait patiently and quietly at Thompson Water – the animals use the lake to feed, with sightings possible year-round. Agile, playful and surprisingly large, a view of an otter offers one of the great British wildlife spectacles.

Pool Frogs
The northern pool frog became extinct in England at the end of the 20th century, with the last known colony at NWT Thompson Common. Northern pool frogs have now been released back at Thompson Common from a different Norfolk site, using animals imported from Sweden. As a part of the Breaking New Ground Landscape Partnership Scheme, Norfolk Wildlife Trust worked with Amphibian and Reptile Conservation to plan the frogs’ return, using the latest approaches to recovering lost species.

We are working with freshwater specialists, Natural England and Environment Agency to determine the best option to deal with the water soldier prevalent at Thompson Water.

Water soldier is a native plant that often bring wildlife benefits such as retaining open water on a small scale among leaf rosettes, displacing other water plants such as Canadian pond weed, and providing ideal habitat for a range of invertebrates.

But for some years it has dominated Thompson Water; responding to nutrients that have built up in the lake over a number of decades. This build up is due to a continual supply of nutrient-rich water from the largely arable catchment.

The water soldier rises above the surface in the summer, playing a much reduced role in oxygenating the water. Having dominated and displaced other plants, oxygen levels drop markedly, impacting on wildlife in the lake.

Head of Nature Reserves, John Milton said: “Simply removing the water soldier would impact on a number of key species such as great crested newt and Norfolk hawker dragonfly, which we now believe is breeding in Thompson Water. Furthermore, the water soldier is capturing nutrients and so removing the plant would lead to algal blooms. Our options include leaving it alone or removing it in stages but even then there is much uncertainty around the best rate of removal. As the root of the problem is not the water soldier but the higher nutrient status in the lake, the solution is not straightforward.”

NWT Thompson Common is 6 km south of Watton. Leave Watton on the A1075 to Thetford road. Just before Stow Bedon, look for the Great Eastern Pingo Trail car park located behind the lay-by as the road bends to the left.

Entrance is from the car park via a kissing gate.