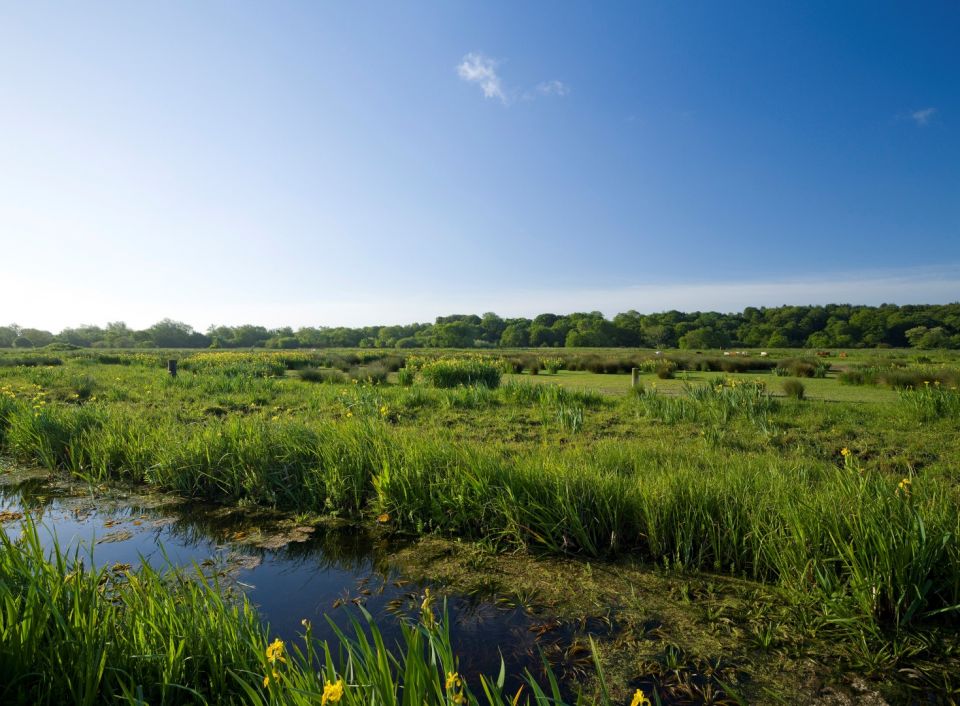 Bordering the River Yare, Thorpe Marshes is one of the Trust’s more urban sites, located on the eastern fringe of Norwich.

NWT leases the site from Arminghall Settlement Trustees. The site is a wonderful mixture of habitats: flower- rich marshes criss-crossed with dykes that are home to many dragonfly
and damselfly species, including the rare Norfolk hawker, and the even larger emperor dragonfly. Several species of common butterfly can also be encountered on a good day.

The reserve contains a large area of open water – a former gravel working now known as St Andrew’s Broad.
This hosts a variety of waterbirds, particularly in winter, including great crested grebe, pochard, cormorant, grey heron, gadwall and tufted duck. The surrounding scrub is home to reed buntings and a few Cetti’s warblers, whose noisy, explosive song is often their only giveaway.

More surprisingly, given its proximity to Norwich city centre, a number of mammals have been recorded on the reserve including the odd-looking Chinese water deer, and its smaller relative the muntjac. Foxes have been seen, as well as harvest mouse, hedgehog and stoat. Most excitingly, the rare water vole occurs in small numbers.

Dog policy
Visitors with dogs are invited to walk along the permissive path, keeping dogs on leads to avoid disturbance to stock and wildlife.

NWT Thorpe Marshes is located in Thorpe St Andrew, just outside Norwich. To visit the reserve, walk along Whiltlingham Lane, at the traffic light junction with Yarmouth Road. At the end of this short road there is a footbridge over the railway line which gives access to the reserve. There is no parking on Whitlingham Lane. The site is easily reached via bus from Norwich city centre. The paths can often be muddy, so boots are recommended