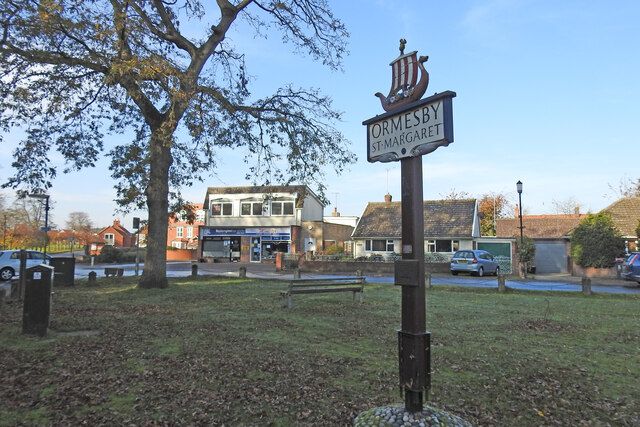 Ormesby St. Margaret and Ormesby St Michael near Great Yarmouth are two beautiful villages set next to each other in the heart of the Trinity Broads.

The Trinity Broads are a series of five land-locked Broads which cover an area of 0.64sq m (1.7km2) around the villages of Filby, Rollesby and Ormesby. A shallow, un-navigable tributary of the River Bure called Muck Fleet is their only link to the main river system, so they remain virtually undisturbed and were designated a Site of Special Scientific Interest in 1998. Sailing, boating and fishing are allowed on these Broads but are carefully regulated as they are areas rich in birdlife and natural beauty.

The Boathouse is an enchanting waterfront restaurant in Ormesby St. Michael, with outside seating and children’s play area and beautiful views over Ormesby Little Broad.

To the east and nearer the coast, Ormesby St. Margaret is a lovely village centred around two large village greens and a medieval church, just inland from Scratby.

The village has several shops and a garden centre with café, a traditional pub and a touring park. There are also some great walks which start from Ormesby St. Margaret.