Our Lady and St Peter’s Church 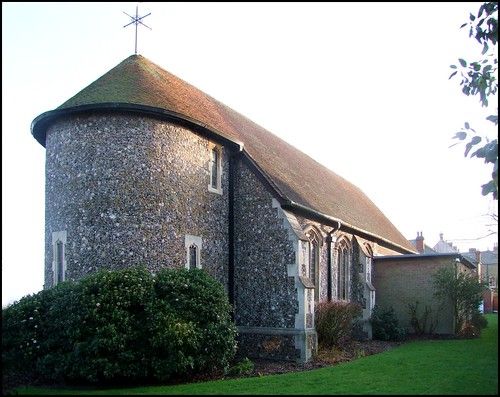 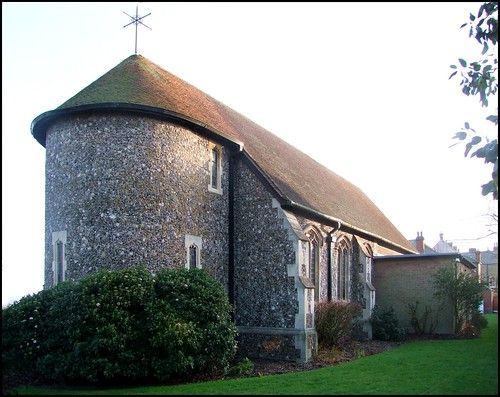 Our Lady and St Peter’s Church
This pretty little building sits on a hill top in genteel suburban Aldeburgh, with stunning views of the coast below.

Its flintwork and fortress-like porch make it rather familiar in Suffolk, and it enjoys an apparent High Victorian campness, where Norman lancets in the apse and Perpendicular windows in the nave live together in a jolly proximity. Catholic priests of Aldeburgh ministered at the large church of St Peter and St Paul before the Reformation; but that is Anglican property now, of course, and the Catholic presence returned to Aldebugh in the 1890s. But that was to a temporary chapel ,and this is not a Victorian building, at all. its date of about 1920 gives it a Metroland frisson which is rather thrilling, in a county virtually devoid of such excitement. The Arts and Crafts influenced high pitched roof elevates this building from being merely amusing to an imaginative liveliness worthy of this stylish little town. In fact, it used to look much more conventional. The elegant coving of the roof above what appears to be an apse is not some fancy art deco effect, but an accident of history, as we shall see.

Like many Catholic churches of the 20th Century, Our Lady and St Peter is still not complete; the wood-panelled north wall betrays that there were plans for a further extension. The building is aligned north-south rather than east-west, and the porch, in traditional Suffolk late-medieval style, faces east. As you enter it, the table piled high with books and leaflets leave no doubt that this is a Catholic church. But stepping into the nave, you may be momentarily disorientated. That ‘apse’ is to the right, which intuitively should be liturgically east, and contain the sanctuary; but it is screened off, for use as a sacristy. Instead, you turn left to face the altar. The reason is simple – it is not an apse at all. It is all that remains of a round tower, one of Suffolk’s few modern ones. When this church was built, it was intended to be very much in the style of the 40-odd round towered medieval churches that you find in the county, particularly along the coast.