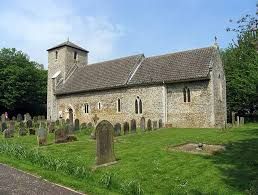 Ovington is a civil parish in the English county of Norfolk. It is in the district of Breckland.

Ovington stands about 1+ miles to the north east of Watton. The Village consists of about 1500 acres, with a population of 200. There are traces of a Roman encampment on Ovington common to the north of the village and urns and Roman coins have been unearthed in the village.

Ancient earthworks in the village are know variously as Dane’s Graves and High Banks and at the latter, in 1838, seven enamelled horse bronzes were discovered.Its name has been spelt variously as Offingaston, Uvytone, Eaffington, Oviton and Offington, which mean that it derived its name form being a “town of pasture lying by the water”. It could also be that it was the settlement of the descendants of Uffa or Offa. In the 17th century it was pronounced Overton by the inhabitants.The Knights Templar of the Commandery of Kerbrooke had lands here in 1221.

This was an extremely wealthy local organisation and it was estimated that 10% of all the wealth in England passed through Carbrooke (Kerbrooke) at that time.