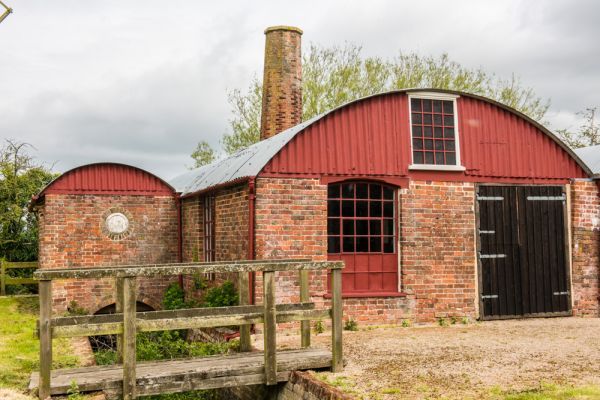 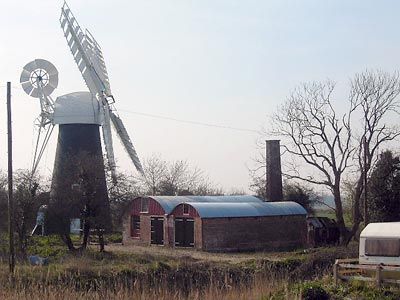 Polkey’s Mill at Reedham, was built as a 3 storey tarred red brick tower to lift water into the River Yare.

Polkey’s Mill at Reedham, was built as a 3 storey tarred red brick tower to lift water into the River Yare. The mill was probably built on the site of an eariler mill and beams from a smockmill were incorporated into the mill tower when it was built. The mill was was also known as South Mill and was originally one of an open group of three mills along with the North Mill and Cadge’s Mill.

The mill had a Norfolk boat shaped cap and was originally built with common sails and when these were upated to 70 ft. patent sails, the tower was heightened to accommodate the additional necessary sail length. The four clockwise patent sails powered a scoop wheel to move water up into the river.

The mill is only accessible from Reedham Village and is a approx a 45 minute walk east along the Wherryman’s Way footpath.