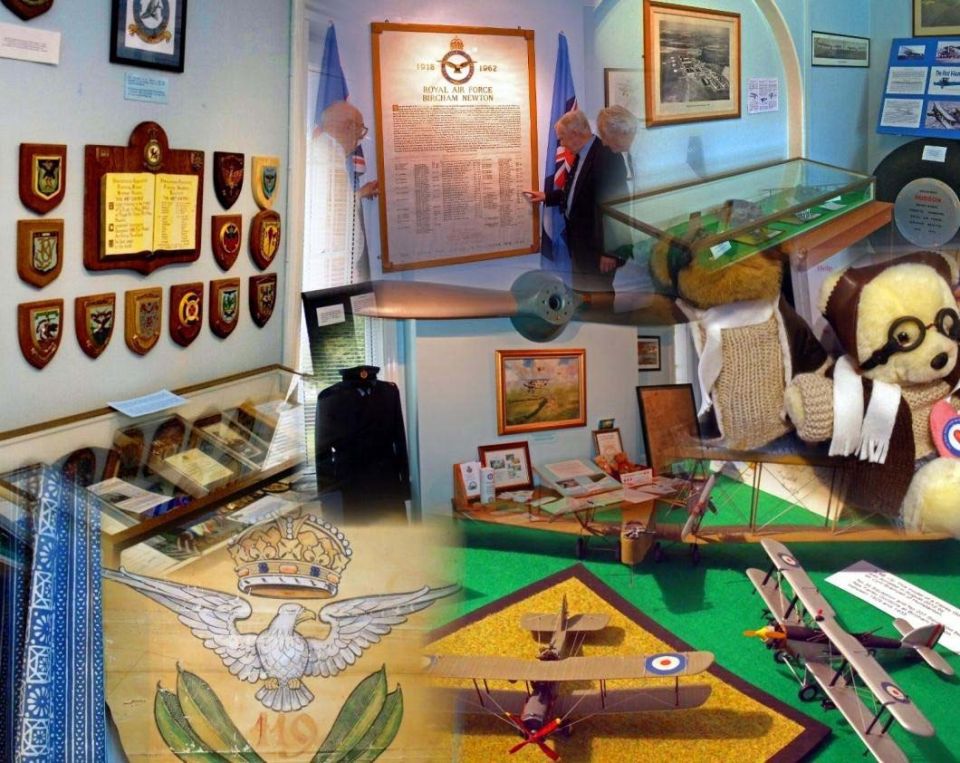 The RAF Bircham Newton Heritage Centre is housed in a building generously provided by the Construction Industry Training Board (CITB). It is situated within the campus of the National Construction College East (NCC) at Bircham Newton, near King’s Lynn, Norfolk PE31 6RH.

The Heritage Centre has been equipped with donated RAF memorabilia, such as photographs, maps, squadron shields, medals, aircraft models, paintings, drawings and written historical records from Bircham Newton’s past. The Heritage Centre was first opened for public viewing in the summer of 2005, when three veterans, who served at Bircham Newton during the 1940s, returned for the day to help commemorate the occasion. One important exhibit within the Centre is a large history board flanked by two RAF ensigns. It lists all of the commanding officers from 1918 until 1962. It also provides details of the most important squadrons that served at Bircham Newton during World War 2, together with their squadron commanders. It is, in effect, a potted history of the RAF station on a single display board. The Heritage Centre has many unique historical photographs on display, including some from the very early days of the Royal Air Force. Other items of interest include aircraft models, airfield plans, medals, flying logbooks and original paintings and drawings by various artists.