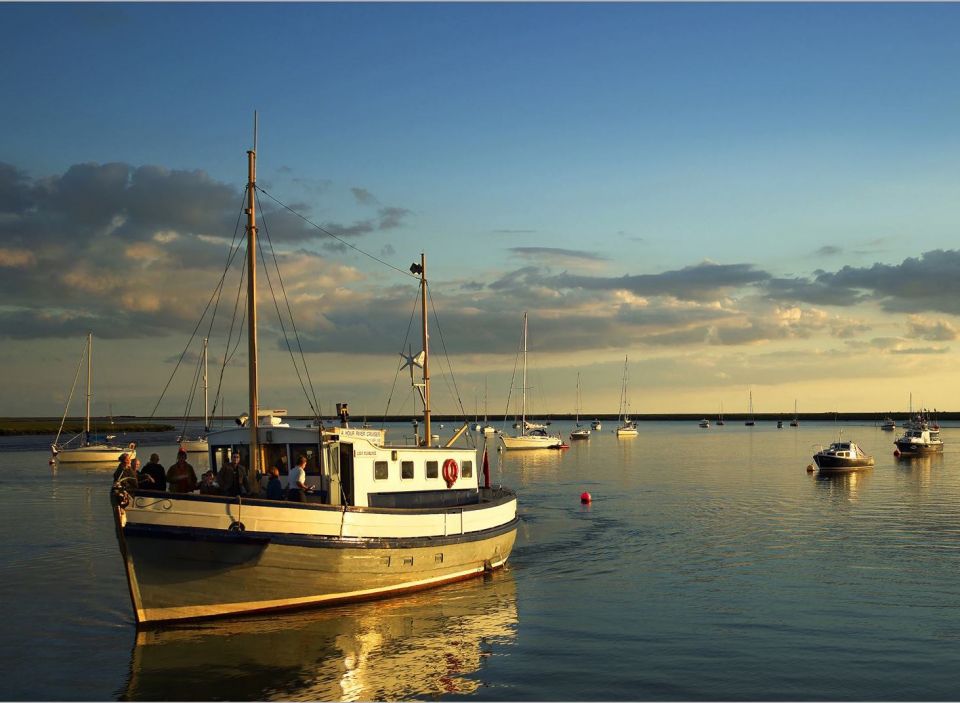 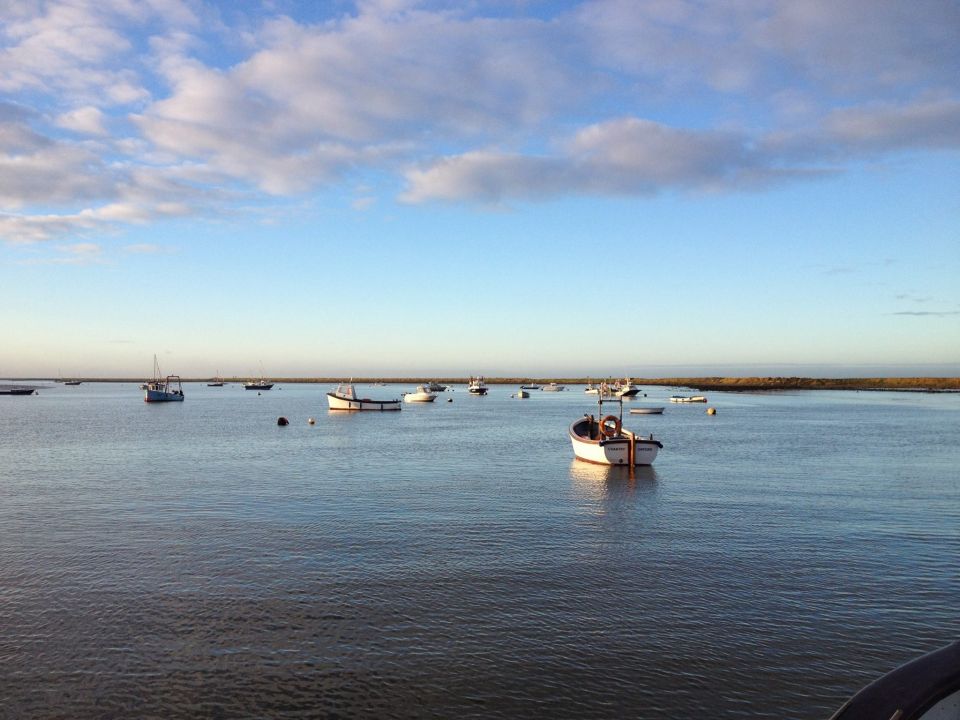 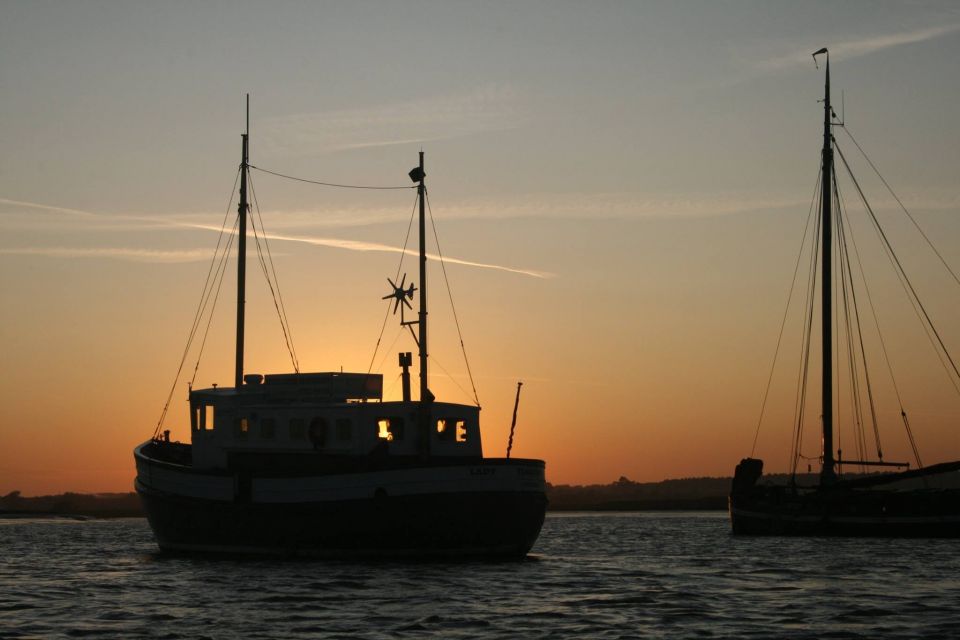 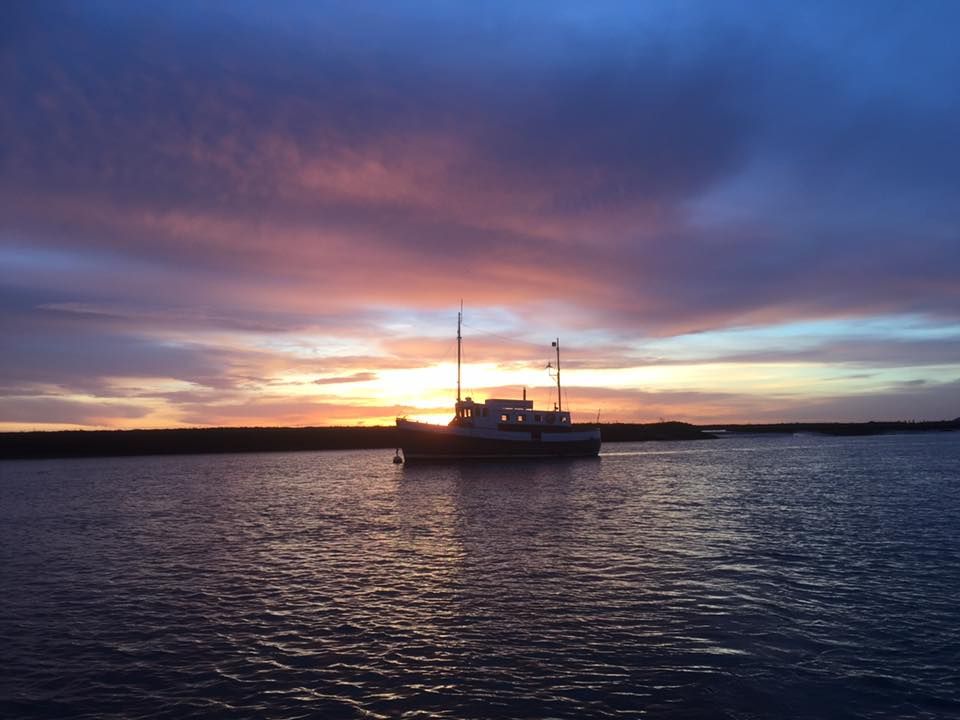 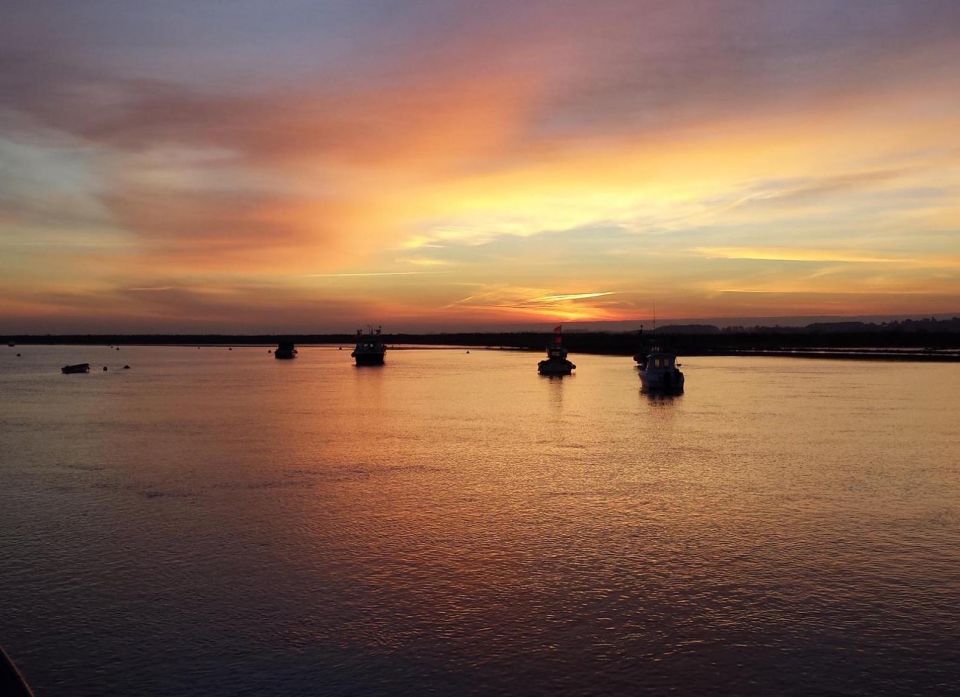 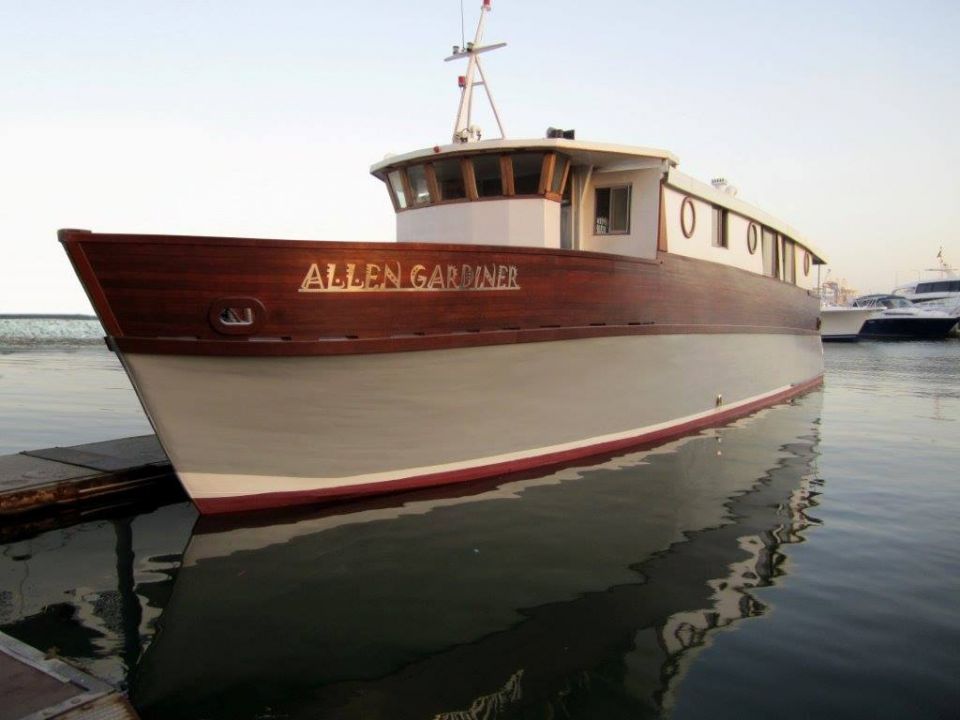 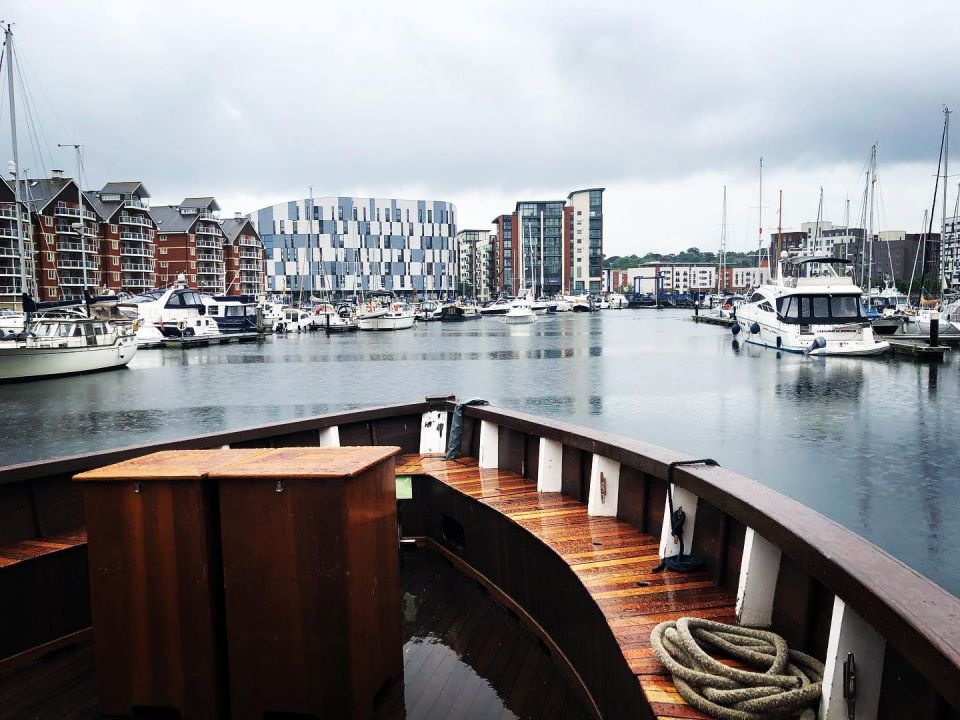 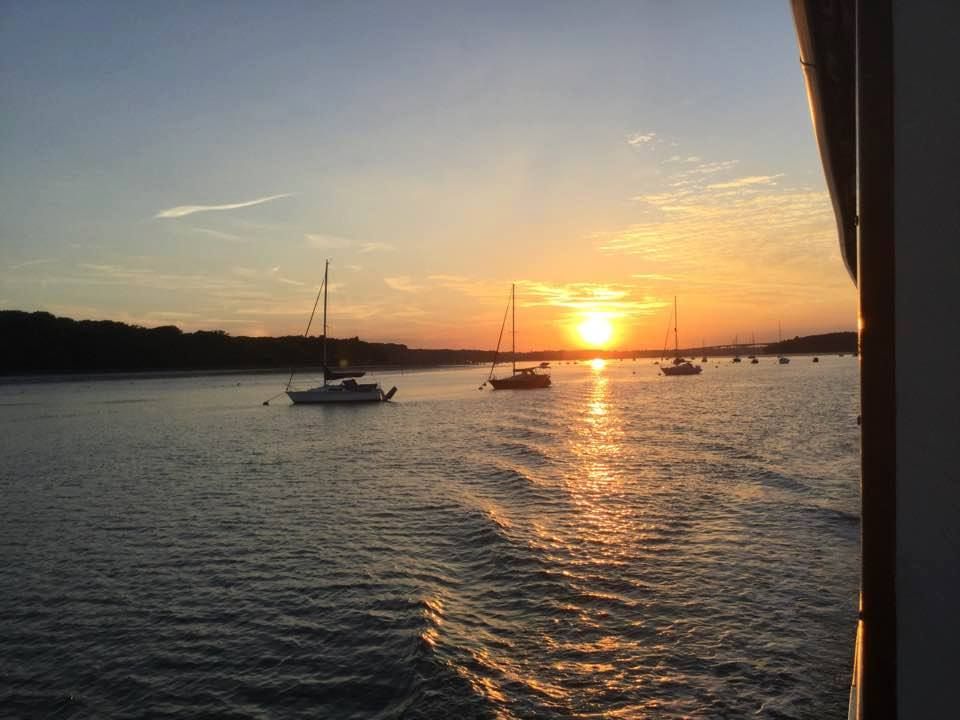 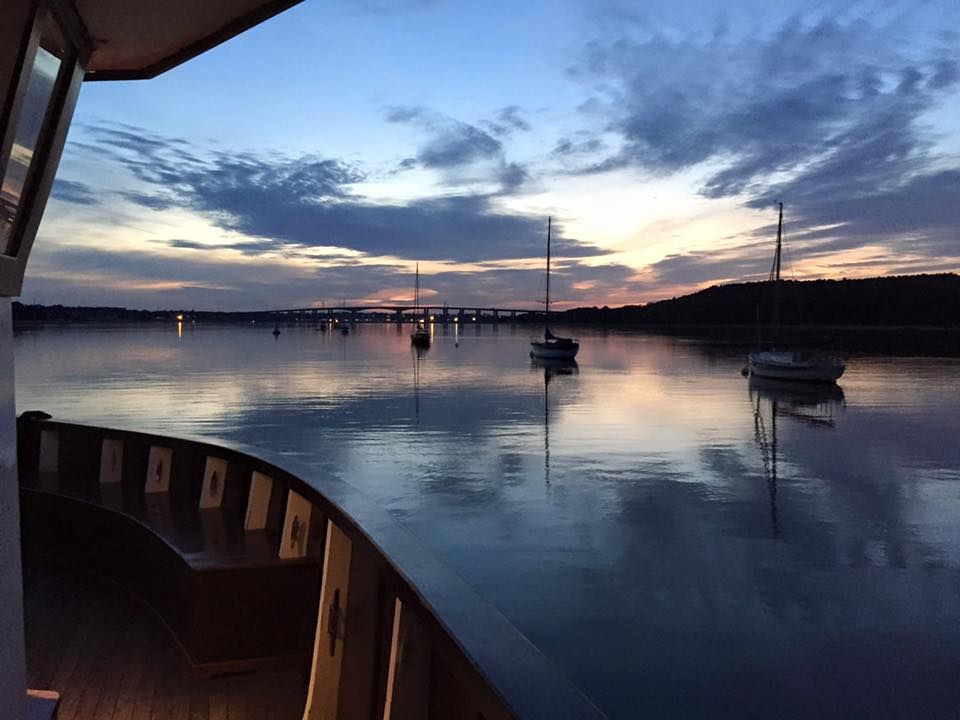 – The Lady Florence, the River Cruise Restaurant offering Breakfast, Lunch and Supper Cruises for a maximum of twelve passengers on the Rivers Alde and Ore from Orford, Suffolk.

Cruise onboard a National Historic wooden ship (all year round), the cruise passes Aldeburgh, the National Trust’s Orford Ness, the RSPB’s Havergate Island. Meals are freshly prepared on board using local produce. There is a fully-stocked bar aboard.

With capacity to host up to 12 passengers aboard 35-ton vessel and there is an informative commentary, the Lady Florence cruises an area rich in both wildlife and history. She offers plenty of space on deck to enjoy the calm waters of the Rivers Alde and Ore during the summer months, as well as a cosy coal fire on the saloon for quieter, more serene winter trips.

Available either for individual bookings or as an exclusive private charter. Cruises are between 2.5 and 3 hrs.

Lady Florence is an ex-Admiralty motor fishing vessel (MFV), one of over 1000 built during World War II as supply boats. She is 50 ft long, 16ft 6′ in beam, draws 6ft of water and weighs 35 tons net, 54 gross. She is a registered British Ship, Official Number 361575 and has an Ensign Permit to wear the red ensign of Her Majesty as defaced with the badge of the National Historic ships.

– The Allen Gardiner, the River Cruise Restaurant offering Breakfast, Lunch, Supper and Candlelit Dinner Cruises for a maximum of twelve passengers on the River Orwell from Ipswich Wet Dock at the historic Ipswich Waterfront.

With capacity to host up to 12 passengers, the Allen Gardiner cruising the tranquil waters of the River Orwell. Leaving from Fox’s Marina, Ipswich, under the stunning Orwell Bridge and down towards the Port of Felixstowe and Harwich the Allen Gardiner offers plenty of space on deck during the summer months, as well as a cosy wood burner in the saloon for quieter, more serene winter trips.

The Allen Gardiner was built in 1942 by the Miami Shipbuilding Corporation at Miami in Florida USA. She is 63 feet long, and so this design became known as the Miami 63. She is one of twenty identical boats ordered by the South African Air Force during World War II. These boats were used as air/sea rescue launches and became commonly known as “crash boats”. They were deployed in pairs around the South African coast, and they were responsible for saving the lives of over 600 survivors from the 153 ships sunk by German U-boats and surface craft off that coast during the war.

Find us using your GPS at Postcode IP12 2NU.

Directions from A12 Woodbridge

Leave A12 at the roundabout at the end of the Woodbridge bypass (after the Shell garages), taking the second exit A1152 (effectively a right turn).
Straight on over the traffic lights and rail level crossing at Melton.
At mini-roundabout take the first exit, staying on A1152.
When A1152 branches left for Snape, continue straight ahead on B1084 through Rendlesham Forest, Butley and Chillesford.
At the Give Way sign at the five-way intersection, turn right for Orford.
In Orford, do not turn left or right and you will end up on Orford Quay.
There is a large Pay-and-Display car park on the left just before the Quay.

Directions from A12 from the north

After the Saxmundham turns, leave the A12 turning left on the A1094 signed Aldeburgh.
At Snape Church turn right on B1069 signed Snape Maltings.
Immediately after Snape Maltings fork left on an un-numbered road signed Orford.
Do not turn left or right and you will enter Orford and end up on Orford Quay.
There is a large Pay-and-Display car park on the left just before the Quay.

Find us using your GPS at postcode IP3 0EA, on the opposite side of the Wet Dock to the Waterfront and Customs House.