Shrine of our Lady of Walsingham 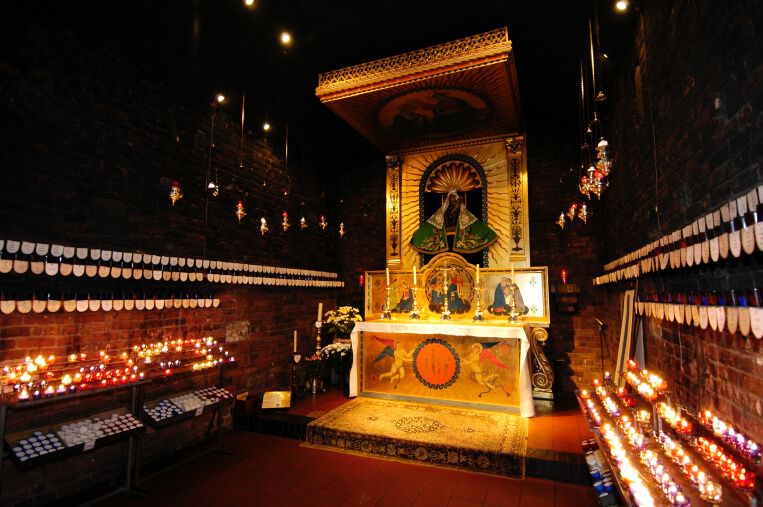 The Shrine is an Anglican place of pilgrimage rebuilt in the 1930’s following destruction during the Reformation. Within Church is the Holy House, a model of Mary’s home in Nazareth.

Founded by the Lady Richeldis in 1061, destroyed by Henry VIII in 1538, restored in 1922 by Father Hope Patten. The Anglican Vicar of Walsingham – the Shrine has had an eventful history across nearly a thousand years. This medieval place of pilgrimage, which rivalled Canterbury as a destination, was visited by thousands of pilgrims from all across Britain and Europe. It became known as ‘England’s Nazareth’ because of the nature of the vision which the Lady Richeldis experienced. Today after 350 years of post-Reformation neglect, the past 95 years have witnessed the dramatic resoration of pilgrimage to Walsingham.

the Shrine Church and gardens are open daily from 10 am – 3 pm.