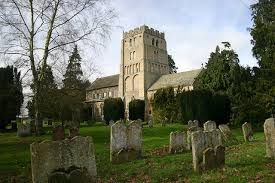 South Lopham is a civil parish in the English county of Norfolk. It falls within the district of Breckland.

In the 1950s evidence for occupation of the area dating back to Neolithic and Bronze age times was found in the locality in the form of a Neolithic polished flint axe head and a quartzite stone axe hammer (Neolithic or Bronze age).

The settlement is first recorded in the Domesday Book of 1086 as Lopham, held by Roger Bigod, later becoming known as Lopham Parva to mirror the existing village of Lopham Magna (now North Lopham), and then finally becoming known by its present name of South Lopham. The name Lopham originates from the Old English for ‘Loppa’s homestead’.

The manor house in the vicinity of the two Lophams was held by the Bigod lords until 1302 when the land was surrendered to the crown. In 1310 King Edward I in turn granted the manor to his brother Thomas of Brotherton who became Earl of Norfolk in 1313. The manor passed to Brotherton’s daughter in 1375 who was subsequently created Countess of Norfolk in 1313. On her death in 1399 it passed to her grandson Thomas de Mowbray, first Duke of Norfolk, remaining with the Mowbrays until 1506 when it passed to the Howard family. It was eventually sold in 1872 to Henry Edwin Garrod of Diss.

From the earliest Domesday records the vicinity of the Lophams was noted as ploughland. Agriculture has continued to be the principle occupation in the area throughout its history including arable, cattle and sheep farming on the manorial land, common land, freeholdings and copyholdings.

There is evidence of linen production in the Lophams from 1400. The villages became famous for the quality of their linen in the 19th century before the decline of this cottage industry in favour of mechanised production.