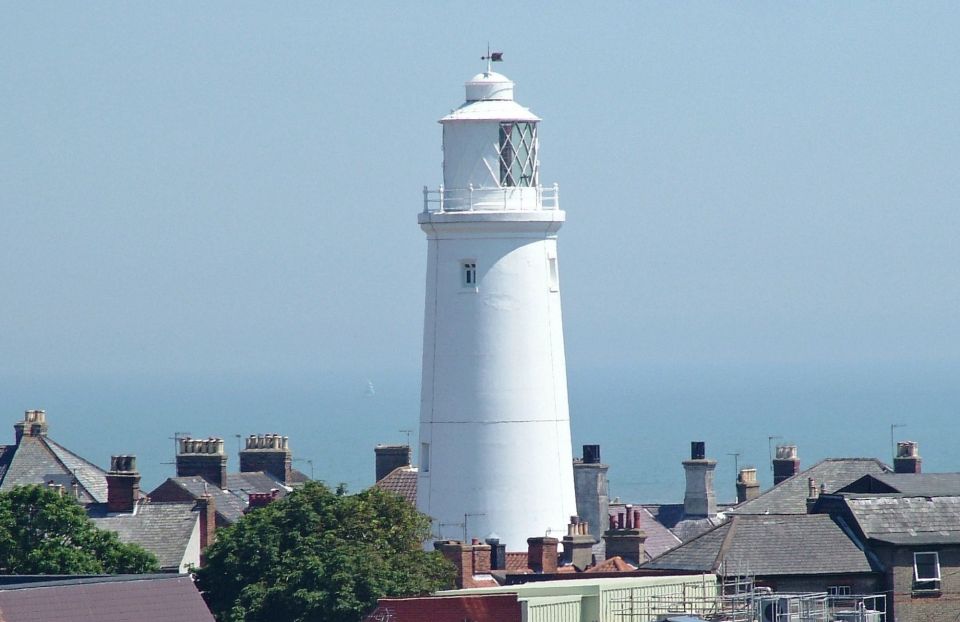 Southwold Lighthouse stands in the middle of the historic resort of Southwold, in the heart of the beautiful Suffolk Heritage Coast.

Established in 1889 and at a height of 31 metres, Southwold Lighthouse stands in the middle of the historic resort of Southwold, in the heart of the beautiful Suffolk Heritage Coast. The lighthouse provides a waymark for vessels navigating the east coast and guides vessels making for Southwold Harbour.

The lighthouse is situated near the centre of the seaside resort of Southwold; midway between Lowestoft and Orford the round white tower stands among rows of small houses.

Construction of Southwold Lighthouse began in 1887 under the supervision of Sir James Douglass, Engineer in Chief to Trinity House. The lighthouse replaced three local lighthouses which were under threat from severe coastal erosion at Orfordness to the south. While the masonry tower was built a temporary light was shown from a wooden structure which was first lit on 19 February 1889.

The present lighthouse came into operation on 3 September 1890. The light was originally provided by an Argand burner, this was replaced by a Matthews incandescent oil burner in 1906. A Hood 100mm petroleum vapour burner was installed in 1923 and remained until the station was electrified and demanned in 1938. The character and range of Southwold lighthouse were changed in December 2012 with the main light being increased from 17 to 24 Nautical Miles in advance of the decommissioning of Orfordness Lighthouse.

Eagled-eyed children might recognise Southwold Lighthouse as a feature of the BBC children’s television series Grandpa in My Pocket.

The lighthouse is now monitored and controlled from Trinity House’s Planning Centre in Harwich, Essex.

Tours of Southwold Lighthouse are organised by Southwold Millennium Foundation under licence from the Corporation of Trinity House. Book your guided tour today, for your chance to experience first-hand some of the Sunrise Coasts’ famous maritime history.

From the A14: Take Bury St Edmunds central exit. Turn left along Northgate Street. Turn right at the traffic lights onto Angel Hill.

From Bury St Edmunds station it is 1 mile to Saint Edmundsbury Cathedral.